Chargers add depth at running back by signing Sony Michel 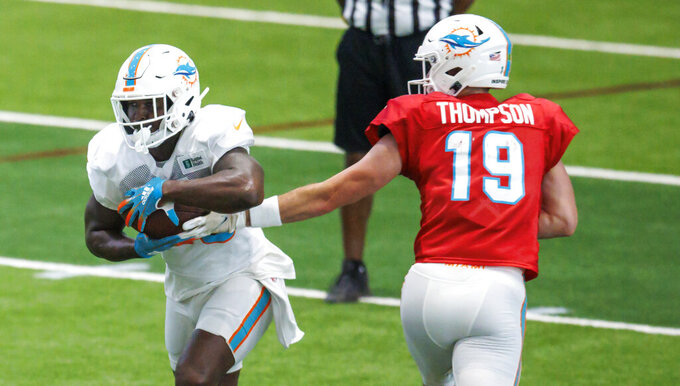 Michel, a first-round pick by New England in 2018, was with the Miami Dolphins during the preseason, but was released in the final round of roster cuts on Tuesday.

In a corresponding move, the Chargers waived second-year running back Larry Rountree III.

"I think he’s a veteran presence. A guy that’s had a lot of success in the league and carried the ball a lot with New England and then the Rams," offensive coordinator Joe Lombardi said. “He can add some value to our running back room. Nothing against the guys we have, we thought he was a good player that surprisingly became available.”

Michel spent his first three seasons with New England before being traded to the Los Angeles Rams last season. He rushed for 845 yards and had a pair of 100-yard games down the stretch, including 131 in a Week 16 win at Minnesota.

Michel's addition should help solidify a Chargers running game that was looking for a strong backup for Ekeler, who tied for the league lead with 20 scrimmage TDs last season and was third among running backs with 1,558 scrimmage yards.

In his four seasons, Michel is averaging 4.2 yards per carry and has 20 touchdowns, including two receiving. He had six postseason rushing touchdowns, all during the Patriots' Super Bowl run in the 2018 season.