Column: Is the rush to play this year really worth it? 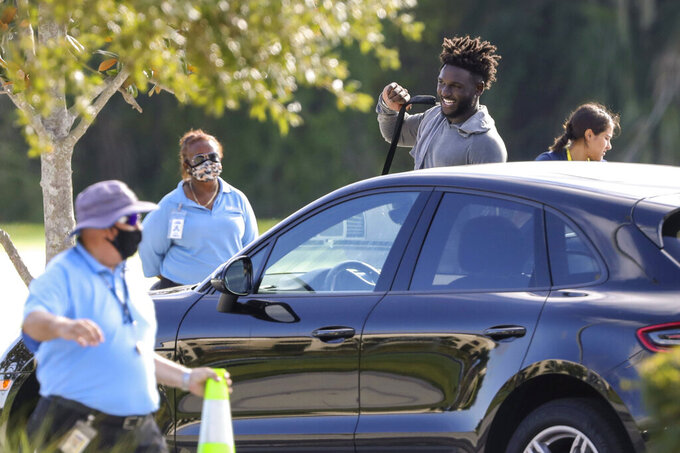 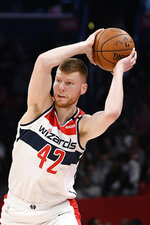 Who knew a tennis ball could be so dangerous?

Certainly not Novak Djokovic, whose incredibly misguided decision to flout the coronavirus pandemic with a series of tennis exhibitions ended with the world’s best tennis player, his wife and who knows how many others infected. He’s now sorry, of course, but tell that to anyone who ends up on a ventilator because he couldn't wait to get back on the court.

His fellow players didn’t exactly line up in support of Djokovic, who previously spouted anti-vaccination views and did not encourage social distancing or masks at the exhibitions.

“Speedy recovery fellas, but that’s what happens when you disregard all protocols. This IS NOT A JOKE,” Australian player Nick Kyrgios tweeted.

Danger lurks everywhere in today’s new world and not just in Djokovic’s orbit, where three other players in his exhibitions in Serbia and Croatia also tested positive. The pandemic that shut down sports three months ago continues to wreak havoc even as leagues, teams and players struggle to find a new way forward.

Colleges already are reporting positive COVID-19 tests among athletes returning to campus in the U.S., and there are reports of a number of positives in the NFL that include star Cowboys running back Ezekiel Elliott. A woman’s soccer team pulled out of a proposed NWSL restart when several players were infected and at least one WNBA player already has said she won’t play a proposed season because of health concerns.

NBA stars are worried, and so are NHL players as their leagues race to finish makeshift seasons. The NFL, meanwhile, continues to forge ahead with its plans to play even as teams report positive tests on an almost daily basis.

And while baseball owners and players wasted time arguing about their season, spring training facilities were ordered closed after a spate of new infections and the Phillies reported a dozen cases in their organization alone.

It was never going to be easy for any sport to return with a pandemic of historic proportions still raging. There's still way too much unknown about how the coronavirus spreads for athletes to trust anyone — even the experts — with their lives.

And as the rate of infections rises in states across the country, the question has to be asked.

Is the rush to play this year really worth it?

Owners and team officials say yes, largely because there are billions of dollars in TV contracts at stake. Money is also the motivation for players on the PGA Tour, who were elated to be able to play for pay once again even as one of their own tested positive after playing last week.

Fans are happy to see sports coming back, that’s for sure. So are sports bettors, who in recent months had little other than Russian table tennis matches to wager on.

But it’s becoming increasingly clear that a sport like football simply can’t be played under current conditions. That’s especially true in colleges, where protocols change from school to school and there is no way to really build a bubble to protect players.

The NFL has a better shot, but not much better. The nation’s chief infectious disease doctor said as much last week when asked about the possibility of football returning.

“Unless players are essentially in a bubble — insulated from the community and they are tested nearly every day — it would be very hard to see how football is able to be played this fall,” Dr. Anthony Fauci said.

Indeed, if the PGA Tour and boxing and UFC can’t keep their athletes from getting the virus, it’s hard to see how those running team sports can figure out a way for everyone to stay safe.

That includes the NBA, which has a 113-page plan to protect players that might as well be tossed out the window with the surge in cases in Florida.

And who, if anyone, thinks MLB really is not inept after all and can somehow safely handle staging games in stadiums across the country?

It may be time to accept the new reality in sports, just as we’ve had to accept it in life. The things we once took for granted now have to be rethought, with health the No. 1 priority.

That includes tennis tournaments, from the U.S. Open still scheduled in August to Djokovic’s ill-fated exhibitions.

“I pray for everyone’s full recovery,” Djokovic said in a statement of remorse.

You’ve got to wonder who will be issuing the apologies when NBA stars start testing positive by the handful or when half an NFL team is infected. Who tells the parents of a college football player that for all of everyone’s seemingly good intentions, their son has come down with COVID-19.

And who can say anything when the unthinkable happens — as it surely will — and athletes actually die?

The bottom line is there’s no real reason — other than money — to take the risk. We’ve gotten this far without sports, and we can make it to the end of the year without them.

By then, Fauci said Tuesday, he’s pretty certain there will be a vaccine. We can begin living normally, and we can have sports without bubbles and with fans in the stands.

Until then, most sports should simply take a pause.

Because not doing stupid things means never having to say you’re sorry.

Tim Dahlberg is a national sports columnist for The Associated Press. Write him at tdahlberg@ap.org or http://twitter.com/timdahlberg