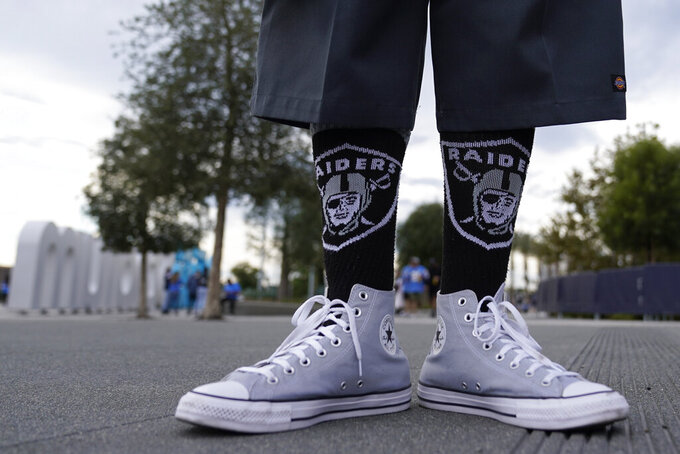 INGLEWOOD, Calif. (AP) — Running back Josh Jacobs is back in the Las Vegas Raiders' lineup for their visit to SoFi Stadium to face the Los Angeles Chargers on Monday night.

Jacobs missed the past two games with an ankle injury, but the third-year starter is back in uniform as Las Vegas (3-0) attempts to remain one of the NFL's two unbeaten teams. Fullback Alec Ingold is also active despite a shoulder injury.

Starting cornerback Chris Harris Jr. is out with a shoulder injury for the Chargers (2-1), likely forcing Tevaughn Campbell to assume most of his responsibilities as the slot defensive back again. Harris was a model of durability during his tenure with the Denver Broncos, but he is missing his third straight game and his 10th overall since signing with the Chargers just 20 games ago.

SoFi Stadium was packed before game time with thousands of fans of the Raiders, who likely remain the Los Angeles area's most popular NFL team after their Super Bowl-winning stint in the city from 1982-94.