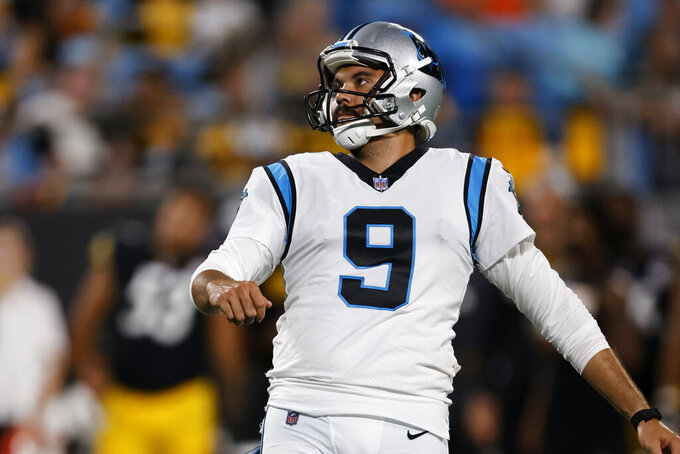 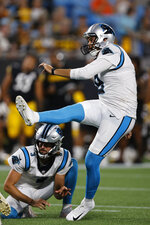 The Panthers cut Slye on Saturday in favor of the 6-foot-5, 258-pound Santoso, who was acquired in a trade Thursday with the New York Giants. Santoso connected on field goals of 52 and 27 yards and made all three extra points in Carolina’s 34-9 win over the Pittsburgh Steelers on Friday night, while Slye missed from 49 yards.

Panthers coach Matt Rhule said it took “moxie” for Santoso to make a 52-yarder in a game a little more than 24 hours after joining the team.

Slye entered training camp with no competition on the roster, but missed three field goals and a long extra point during the preseason.

Santoso credited his former Giants teammate Graham Gano — who previously kicked for the Panthers — for helping him along the way. Now Santoso will be wearing Gano's former jersey number (No. 9) in Carolina.

“He helped me so much,” Santoso said. “He just gave me a ton of information. It was really cool walking off the (Giants) practice field Thursday (after the trade) and he was one of the first guys there to give me a big hug. He had the biggest, happy smile on his face to see me going to a place like this that he knows is really, really good and they care about the players.”

The roster now stands at 71 players. Teams must trim their rosters to 53 players on Tuesday.