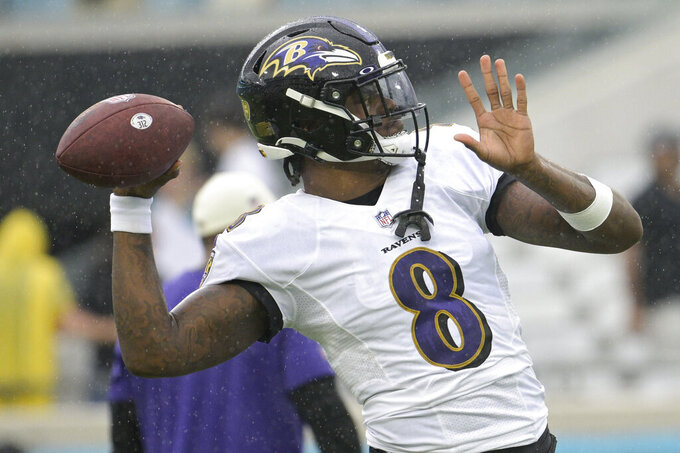 Jackson hadn't been made available since the situation since Sunday.

“I was just reacting at the time. I was mad. I wasn’t thinking about actions," he said. "It was like, bitter. I was bitter. I feel like you should be bitter after a loss though. No smiles. In fact, the fans should be mad we lost too, but not mad at us. We tried.

"But it happened. I apologize, if I hurt feelings out there.”

After the Ravens lost 28-27 to Jacksonville on Sunday, a fan suggested Baltimore should let Jackson leave via free agency. Jackson responded in a tweet that was later deleted, saying the person “never smelt a football field” and using vulgar language that members of the LBGTQ community said was offensive.

Jackson said he was upset after the game, and the fan's tweet was the first thing he saw on social media.

Jackson said his girlfriend recommended he delete the tweet.

When asked what he learned from this episode, Jackson said: "There's kids watching. I don't need the kids saying that. Just watch what you say. Try to stay off Twitter if something like that happens again. Hopefully we're not losing no more.”

Earlier this week, Ravens coach John Harbaugh said he tells players to avoid Twitter so soon after a game — especially a loss.