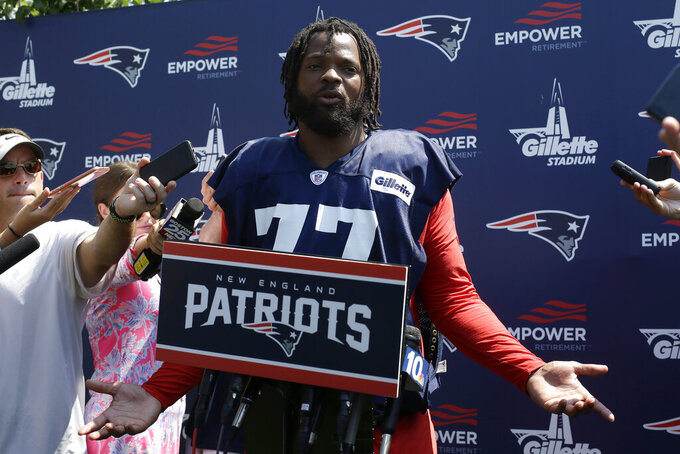 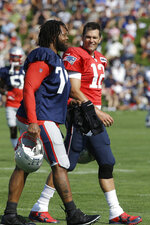 The veteran defensive lineman disembarked a red-eye flight from Hawaii to Boston on Sunday morning and quickly made his way to Gillette Stadium in Foxborough to participate in his first full-pads training camp practice with the New England Patriots.

Bennett said that taking a break was not an option.

"You want to prove to your teammates that you love the game," said Bennett, 33, a veteran of 10 seasons with Tampa Bay, Seattle and Philadelphia.

"I grew up in the game. This game's been part of my life for more than 20 years, so every time I step on the field and I've got teammates that believe in me, I just want to go out and show them that in every single moment, I'm going to go as hard as I can."

Bennett has 63 sacks, including nine last year in his only season with the Eagles. In March, he was traded by Philadelphia along with a 2020 seventh-round draft pick to the Patriots for a fifth-round selection.

He had been exempted by Patriots coach Bill Belichick from attending the first three days of training camp for personal reasons, and rumors of retirement began to emerge.

"I didn't retire," Bennett said. "I heard everybody said I was retiring, and I was laughing at home. I just had a family issue that I had to take care of."

Bennett did not explain the nature of the family issue, but he said Belichick was understanding of his need to put his family first.

"It's nice when you have a coach that sees you as a human being and not just a number," Bennett said.

Bennett said his brother Martellus, who played tight end for the Patriots in portions of the 2016 and 2017 seasons, said Belichick would be respectful and understanding.

"Everybody's always concerned about how their boss is going to take under consideration when something happens back home," Bennett said. "But when you have a boss that respects you as a man, it's easy to play for him like that."

Bennett has had five seasons in which he has had 8½ or more sacks, and he hopes to continue to excel as a pass rusher in New England. But he also isn't afraid to try new things, knowing that Belichick has a reputation for putting his players in situations where they can succeed.

"What motivates me? I think winning," Bennett said. "It's the opportunity to build a team. I think that's the best part of the game. I love winning, and I also love building relationships with new people, and the opportunity to be put in new positions and to try new things and keep improving myself as an individual, as a father and as a businessman."

He also repeated his commitment to giving the Patriots his full effort.

"I haven't quit anything in a long time," Bennett said. "I don't even quit when I'm playing my daughter in checkers."