Patriots add DB Mitchell, but still have areas to address 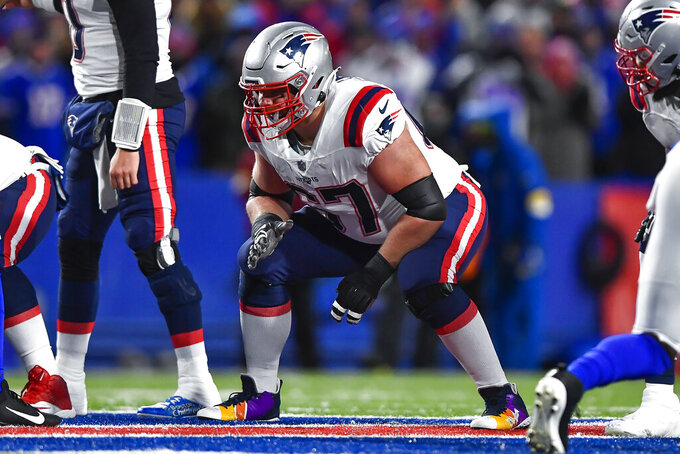 Mitchell is the first free agent New England has added this offseason that wasn’t on the roster in 2021. ESPN reported the deal is for one year and worth $3 million.

He spent last season with the Texans, appearing in 14 games (13 starts) and compiling 59 tackles, one interception and three forced fumbles.

The Patriots have agreements in place to re-sign veteran safety Devin McCourty, running back James White, kicker Nick Folk, special team captain Matt Slater and backup quarterback Brian Hoyer, but those have yet to be announced.

The secondary is just one area the Patriots still need to address in the remainder of the offseason.

Ted Karras, who started the final 12 games at left guard, has agreed to a new deal with the Bengals. The Patriots also reportedly are working to complete a deal that will send right guard Shaq Mason to Tampa Bay. Mason has appeared in 103 games on the Patriots' offensive line since 2015.

Mike Onwenu, who is entering his third season, is a candidate to fill one of the open spots having appeared in 16 games in 2021 with four starts at left guard.

It’s also becoming increasingly likely that New England will be in the market for linebacker depth heading into next month’s draft.

Kyle Van Noy was released prior to the start of free agency. And edge rusher Chase Winovich, who has been mostly underwhelming since being taken in the third round of the 2019 draft, was traded to Cleveland for linebacker Mack Wilson.

Wilson isn’t likely a long-term solution at the position, but he has been productive enough in the past to provide some help should free agents Ja’Whaun Bentley or Dont’a Hightower not be re-signed.