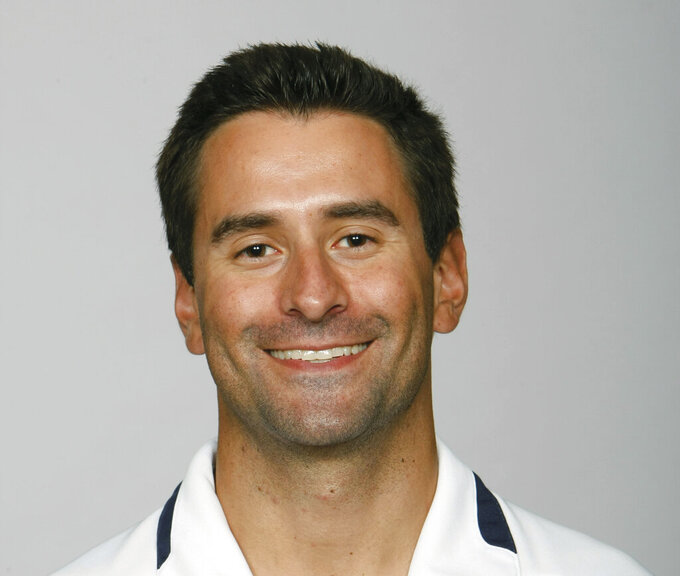 As a first-time general manager, Dave Ziegler knows his tenure with the Las Vegas Raiders will be judged heavily on how well he handles the draft.

“We embrace that pressure,” Ziegler said. "We enjoy it. It’s part of the allure, I think, of this profession for a lot of people that get into it as the youth thrive and you want that pressure because it’s exciting.”

The pressure on drafting in year one on the job will be lessened a bit because Ziegler and the Raiders aren't scheduled to make their first pick until the third round at No. 86 overall.

Instead of trying to do a slow build through the draft, Ziegler and new coach Josh McDaniels were extremely aggressive in the trade and free agent market highlighted by the decision to trade their first and second-round picks to Green Bay for All-Pro receiver Davante Adams.

The Raiders now hope to find at least a couple of contributors in the draft with picks in the third and fourth rounds, two in the fifth and one in the seventh.

The one key position the Raiders didn't target heavily in free agency was the offensive line. Las Vegas brought back tackle Brandon Parker and versatile Jermaine Eluemunor, but mostly have the same group that struggled in 2021. There is hope that last year's first-round pick Alex Leatherwood will take a big step in his second season, but adding a right tackle and more options at guard could be a priority in the draft.

The Raiders could definitely use more help on the front seven defensively, but the biggest need on that side of the ball comes in the secondary. Las Vegas signed safety Duron Harmon and has 2019 first-rounder Johnathan Abram returning, but Harmon is 31 and Abram appears to be a poor fit in new coordinator Patrick Graham's defensive scheme that relies on two deep safeties. The Raiders also could use more help at cornerback after losing Casey Hayward in free agency.

The Raiders should be confident that they added an impact player with their draft picks with the deal for Adams. Adams has been one of the most productive receivers in the NFL in recent years. His 432 catches, 5,310 yards receiving and 47 TD receptions lead the NFL over the past four seasons and has already made a strong impression in the offseason program.

“This guy comes in with an approach to win the day and to get better individually,” Ziegler said. "It’s an approach that I think is really good for our young players to see. This guy is highly accomplished. He’s been very productive in his career. There’s a reason for all those things and you kind of see that in his approach day to day.”

Barring a surprising trade, the Raiders won't make a pick in the first round for the first time since 2012. That year, their first pick was 95th overall when they took guard Tony Bergstrom. The first round hasn't been especially kind to the Raiders of late with 2018 first-rounder Kolton Miller the only player to get a second contract from the Raiders since the start of the 2009 draft.