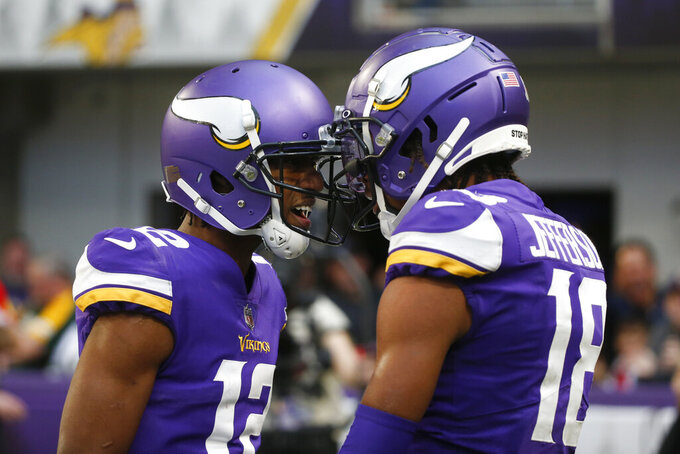 EAGAN, Minn. (AP) — The Minnesota Vikings placed wide receiver/punt returner Dede Westbrook on the COVID-19 reserve list on Tuesday, another hit to their skill position depth on offense amid a spike in positive tests across the NFL.

Running back Alexander Mattison and wide receiver/special teams ace Dan Chisena went on the COVID-19 reserve list the previous day. The Vikings claimed running back Wayne Gallman off waivers from the Atlanta Falcons for a reinforcement.

Standout wide receiver Adam Thielen missed Minnesota's most recent game with a sprained ankle, and it's unclear when he'll be back on the field.

The Vikings have also put three practice squad players and injured defensive end Danielle Hunter — who's on injured reserve and not on the active roster — on the COVID-19 reserve list this week. That brings their total to 16 different players who've been shelved by virus protocols in less than six weeks, nine of whom have returned.

The Vikings play at Chicago on Monday night. The Bears placed nose tackle Eddie Goldman and cornerback Artie Burns on the COVID-19 reserve list on Tuesday and currently have five players sidelined for virus protocols.