Agnew inactive for Jaguars against Broncos at Wembley 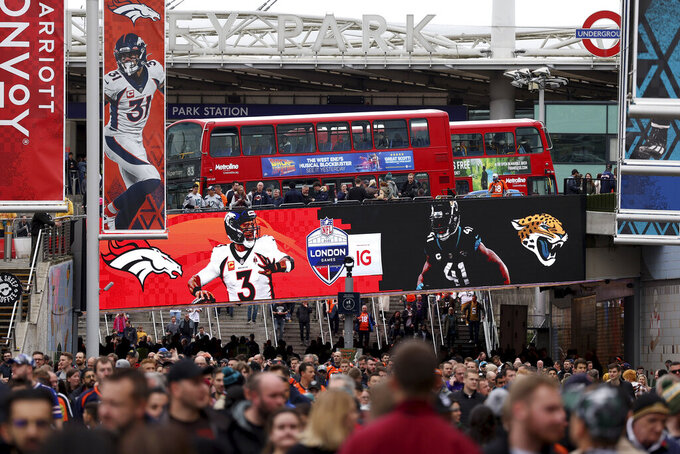 Agnew was limited in practice Friday and had been questionable to play because of a knee injury that kept him out of last week’s 23-17 loss to the New York Giants.

The Jags are expected to use wide receiver Christian Kirk for punt return duties and running back JaMycal Hasty on kickoff returns as they did last week in Agnew's absence.

Agnew also has seven receptions and two touchdowns this season as a wide receiver.

Also inactive for Jacksonville were CB Tevaughn Campbell, S Tyree Gillespie and DL Adam Gotsis. All three did not make the trip to London.