Browns get defensive regulars back as opener at KC nears 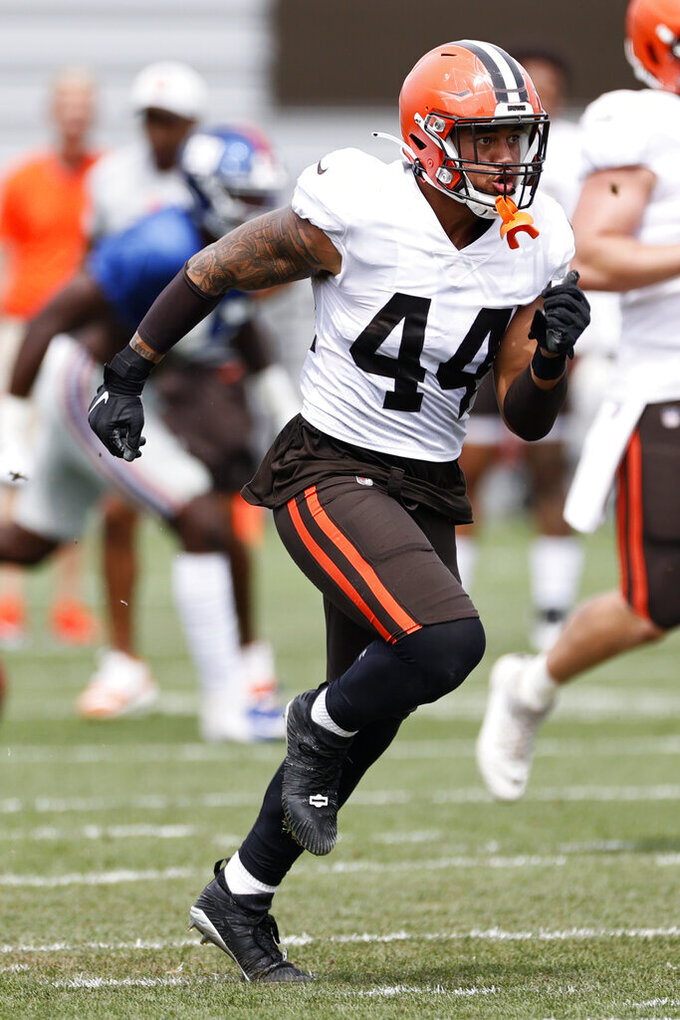 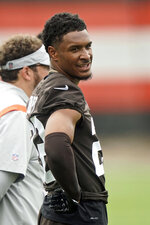 BEREA, Ohio (AP) — The Browns' defense is getting healthy just in time for a Week 1 matchup against Patrick Mahomes and those high-scoring Chiefs.

Cornerback Greedy Williams, safety Grant Delpit and linebacker Sione Takitaki all returned from injuries and practiced on Thursday before coach Kevin Stefanski sent the Browns off on a three-day holiday break.

The season opener is Sept. 12 against Kansas City, which knocked Cleveland out of the playoffs in the divisional round last season.

All three players participated in individual drills during the portion of practice open to reporters.

Before the Browns had their last practice until Monday, Stefanski stressed to his players the importance of staying healthy as COVID-19 cases continue to rise in some parts of the country.

“The message is stay safe, be careful and follow the rules that are set forth, but in terms of telling the guys what they can and can’t do, I am really not in a position to do that,” he said. "I am in a position to tell them to be safe and reiterate some of those messages this morning and again today.”

Stefanski said he and his staff will continue to work as they ramp up preparations for the two-time defending AFC champions.

“We have plenty of work to do,” he said. "We have kind of outlined what we need to get done this weekend in terms of getting ready for next week.”

Williams missed last season with a shoulder nerve injury sustained in training camp. He had been healthy during training camp before injuring his groin in an Aug. 22 exhibition game against the New York Giants.

Although he's been penciled in as a starter, Williams may soon be second on the depth chart behind rookie Greg Newsome II, a first-round pick from Northwestern who has been very impressive. Even if he doesn't start, Williams will get plenty of playing time.

Delpit also sat out last season after rupturing his Achilles tendon while backpedaling during a drill in his first NFL camp. He hurt his hamstring this summer, returned and then aggravated the injury in his second practice back.

Takitaki has been slowed by a hamstring issue. The Browns are counting on him to be in their rotation and he's been working on the strong side with Cleveland's first-team defense this summer.

Browns starting center JC Tretter, nickel back Troy Hill and guard Michael Dunn continued to work on the side at practice. Stefanski has not disclosed Tretter's injury, but expects him to be ready for the Chiefs.