Chargers hoping that new pieces on defense get going quickly 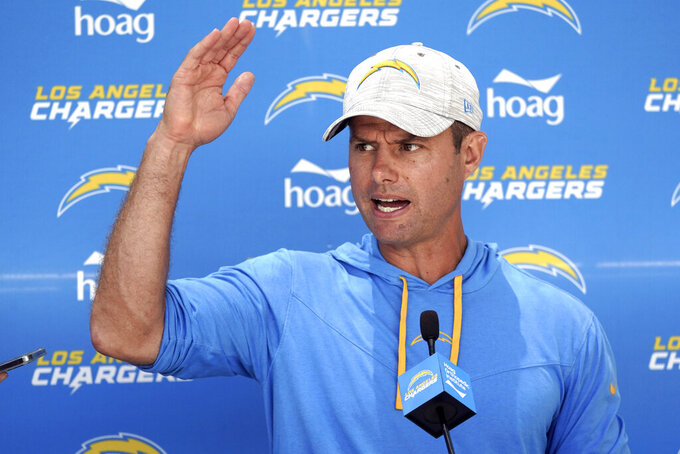 LAST YEAR: The Chargers got off to a 4-1 start in Brandon Staley's first season as head coach, but then won back-to-back games only once the rest of the season. That included dropping three of four at the end of the season to miss the playoffs for the third straight year. Justin Herbert made the Pro Bowl and finished second in the league with 5,014 passing yards, but the defense was a disappointment. Staley brought in an attacking 3-4 scheme that made the Rams the top-ranked unit in 2020, but he didn’t get the same results with the Chargers, who were 23rd in total defense and third worst against the run.

CAMP NEEDS: Making sure the defense is ready to go for the Sept. 11 opener against Las Vegas. The unit will have at least five new starters, and it is likely that we won't see the entire first unit on the field in a game until the regular season starts. Off the field, the Chargers would also like to get an extension completed with safety Derwin James before the end of camp. James is in the final season of his rookie contract.

KEY CAMP COMPETITIONS: Trey Pipkins and Storm Norton will compete for the starting job at right offensive tackle after Bulaga was released. The other significant battle will be for the second running back spot. Joshua Kelley and Larry Rountree have struggled both in short yardage and not being a liability on special teams. Fourth-round pick Isaiah Spiller was a three-down back at Texas A&M, and could emerge out of the crowded pack.

EXPECTATIONS: Staley will likely take the same approach that he did last year, sitting most of his starters in the three preseason games, but using joint practices as a key evaluation tool for his veteran players. This year's will be against the Cowboys on Aug. 17-18. The Chargers are also hoping to get out of training camp healthy again after they were plagued by preseason injuries in 2019 and '20.