Falcons' Pitts ruled out against Bucs with hamstring injury 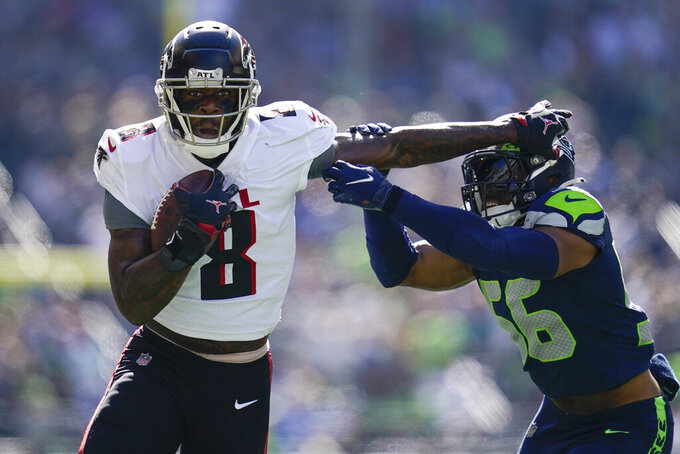 Atlanta Falcons tight end Kyle Pitts gets away from Seattle Seahawks linebacker Jordyn Brooks during the first half of an NFL football game Sunday, Sept. 25, 2022, in Seattle. (AP Photo/Ashley Landis)

Pitts has 10 catches for 150 yards in Atlanta's first four games. He missed practice all week, including Friday.

Pitts is the second prominent member of the Falcons' offense to be ruled out. Leading rusher Cordarrelle Patterson was placed on injured reserve on Monday. Patterson had what coach Arthur Smith described as a minor knee procedure and will miss at least four games.

Rookie Tyler Allgeier and Caleb Huntley are expected to be Atlanta's top running backs against the Buccaneers.