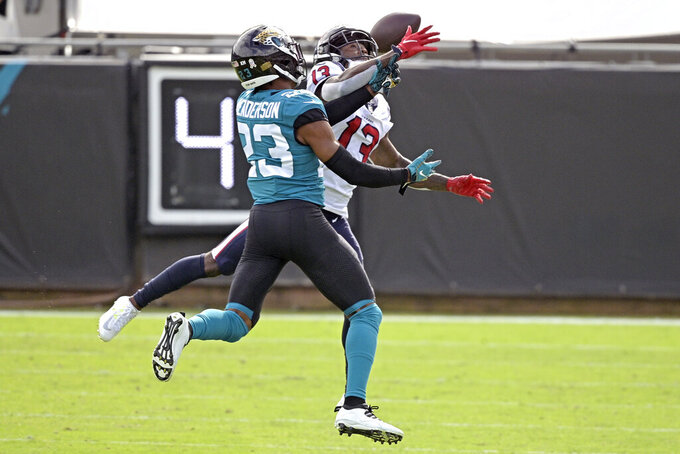 The Jaguars (1-8), who have lost eight in a row, could get nickel cornerback D.J. Hayden back against the Steelers (9-0). He was designated for return earlier in the day, but coach Doug Marrone wants to see how he practices before making a determination on his availability Sunday.

If Hayden is able to play, Tre Herndon and Sidney Jones would start outside. If not, Chris Claybrooks likely would make his second career start, and fellow rookies Josiah Scott and Luq Barcoo could get playing time against one of the best receiving groups in the league.

The Steelers are the only team in the NFL with three players — JuJu Smith-Schuster, Diontae Johnson and Chase Claypool — who have at least 30 receptions and 400 yards this season.

Henderson is required to be on IR for a minimum of three games, meaning the earliest he could return would be Dec. 13 against Tennessee.