Judon getting on same page going into 2nd season with Pats 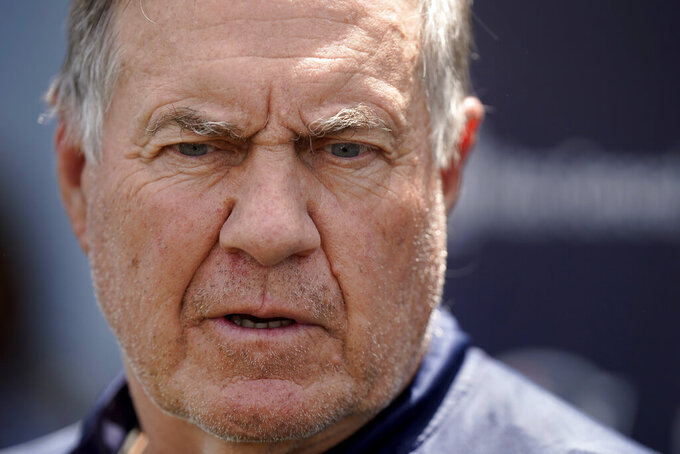 FOXBOROUGH, Mass. (AP) — One year later, Matthew Judon no longer feels as though he’s trying to learn to speak a new language.

“We’re all speaking the same language and I can talk to my coaches differently this time than last year,” Judon said at the conclusion of the New England Patriots’ second practice of their mandatory minicamp on Wednesday.

“We’re reading the same book, (speaking) the same language, on the same page now, and we can expand on what we did last year.”

A year ago at this time, Judon was adjusting to football life in New England.

After five seasons with the Baltimore Ravens, the 6-foot-3, 261-pound linebacker signed with the Patriots as an unrestricted free agent on March 19, 2021.

A two-time Pro Bowler with the Ravens, Judon’s impact on the Patriots defense was immediate.

Judon had 6 1/2 sacks through the first five games of the 2021 season. He went on to finish the season with a team-leading and career-high 12 1/2 sacks (he also had 60 tackles) and earned Pro Bowl honors for the third straight season.

Still, his production plummeted late in the season. Judon had neither a sack nor a single quarterback hit over the final four games of the regular season. He was credited with just one tackle and one QB hit (no sacks) in the Patriots’ 47-17 wild-card playoff loss at Buffalo.

A season later, the 29-year-old Judon looks to improve upon his play in 2021.

“Every year’s a new year I always say,” Judon said. “I don’t know how I’m going to be blocked. It’s go game from game, team to team. I just hopefully improve on my play regardless of what it is or what I’m asked to do. Just be a better player, better teammate, and a better friend.”

The fact that Judon’s comfort level in the Patriots system has grown has been evident at minicamp where at times he’s been seen giving advice to the team’s younger players.

For Judon, it’s a form of role reversal, payback for the guidance he’s received as he’s grown from Baltimore’s fifth-round pick (out of Grand Valley State) in the 2016 draft to a player who has now totaled 296 tackles and 47 sacks in 93 regular-season games over six seasons.

“I’m just trying to impart with some of the wisdom that was imparted on me growing up,” said Judon. “I had great mentors and leaders throughout my years in the league, and I think it would be terrible of me to leave this league and just take all my knowledge with me.

“I’m there, and if they ask I’ll help. So whatever I can do to make their careers smoother, that’s what I’m here for.”

After a 10-7 finish to the 2021 regular season that was followed by their one-sided postseason loss to the Bills, Judon is anxious to see what the Patriots pass rush can contribute to the team in 2022.

“I think we’re going to be good,” he said of the pass rush. “We’ve got to see. I enjoy spending time with everybody in the locker room, and I’m just glad to be back ... Everything is different. We’ve got a different locker room. We’re going to have a different team this year. I’m just enjoying the moments.