New trial in ex-football hero's killing can't be for murder 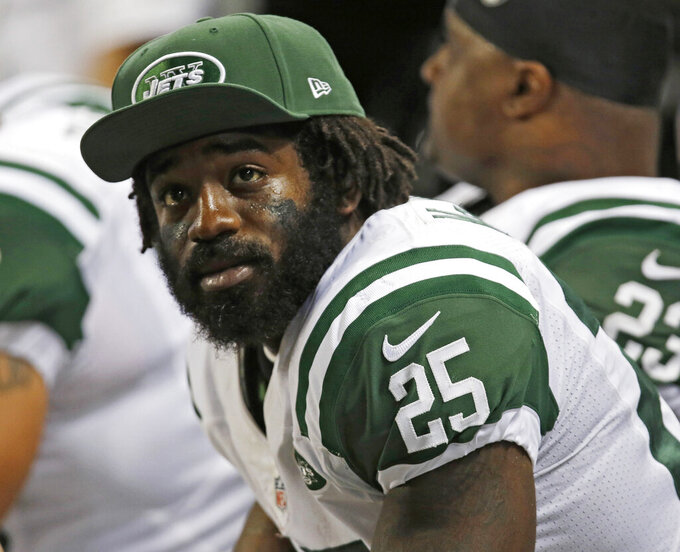 FILE - In this Nov. 18, 2012 file photo, New York Jets running back Joe McKnight (25) during the fourth quarter of an NFL football game against the St. Louis Rams in St. Louis. The new trial for Ronald Gasser, convicted of manslaughter in 2018 by a jury vote of 10-2 in the 2016 shooting death of McKnight following a traffic dispute, cannot include a murder charge, a Louisiana judge ruled Wednesday, Feb. 10, 2021. The U.S. Supreme Court held that Louisiana law allowing convictions on 10-2 or 11-1 votes is unconstitutional, which resulted in Gasser being granted a new trial. (AP Photo/Tom Gannam, File) 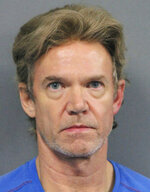 NEW ORLEANS (AP) — The new trial for the man convicted of manslaughter in the 2016 shooting death of a former NFL player following a traffic dispute cannot include a murder charge, a Louisiana judge has ruled.

The Times-Picayune'The New Orleans Advocate reports that the decision came Wednesday in the case of Ronald Gasser. Prosecutors tried Gasser in 2018 for second-degree murder in a shooting following a traffic dispute in suburban New Orleans. But the jury came back with a 10-2 vote for conviction on a manslaughter charge in the death of Joe McKnight.

The U.S. Supreme Court has since held that Louisiana law allowing convictions on 10-2 or 11-1 votes is unconstitutional. That resulted in an order that Gasser be granted a new trial.

Prosecutors had argued that the Supreme Court’s ruling meant Gasser’s manslaughter verdict was void, but did not preclude another attempt to try him for murder.

“A 10-2 verdict is no verdict at all,” Assistant District Attorney Seth Shute wrote, later noting, “an illegal verdict acts as neither an acquittal nor a conviction.”

Ciolino had argued that the 10-2 verdict on a lesser charge in the murder trial was an acquittal on the murder charge and that the Supreme Court’s ruling “did not reverse or otherwise affect Mr. Gasser’s acquittal of the charge of second-degree murder.”

Prosecutors have indicated in state court records that they will appeal.

McKnight was a high school football hero at Louisiana’s John Curtis Christian School who played three seasons for the New York Jets and one with the Kansas City Chiefs.

Gasser fatally shot McKnight on Dec. 1, 2016, after what authorities described as a rolling a 5-mile (8-kilometer) traffic dispute and chase over a New Orleans area bridge.

Witnesses at the 2018 trial said McKnight had been weaving in and out of traffic at high speed before the shooting. Prosecutors acknowledged to the jury that he was, in the words of Shute, “driving like a jerk.” But they argued that Gasser escalated the conflict, following him down an exit that he would not ordinarily have taken.