Osborn ready for more as Vikings use multiple receivers 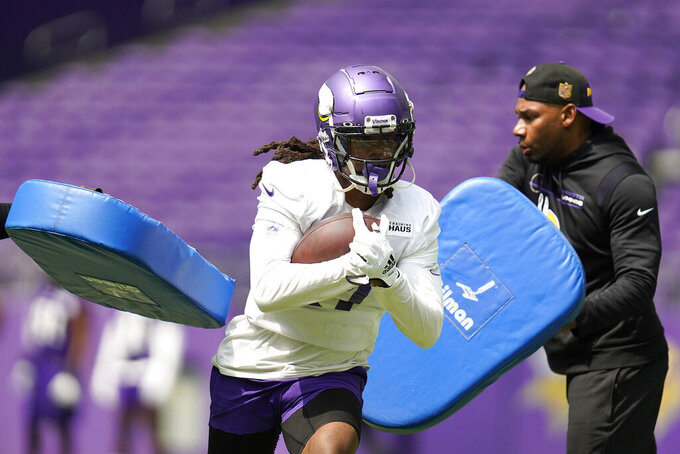 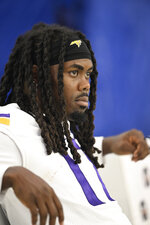 EAGAN, Minn. (AP) — When the Minnesota Vikings held out their entire starting offense for last weekend’s second preseason game, there was a notable addition to the list — K.J. Osborn.

Minnesota features one of the league’s top duos in Justin Jefferson and Adam Thielen. Osborn, the third-year receiver, has clearly established himself as the next man up in the pecking order. It’s a position that carries more significance for the offense being implemented by new coach Kevin O’Connell.

The willingness to hold Osborn out of a preseason game is a sign of his importance to the Vikings.

After years of a run-focused approach with former coach Mike Zimmer, with tight ends and fullbacks pivotal to the scheme, Minnesota is likely to opt for more multiple-receiver sets under O’Connell.

“That’s what you play for,” Osborn said. “That’s what you come out here and bust your tail for all offseason, all out there in practice for opportunities. This stuff is practice, but you’ve got to do it when it counts, that’s in a game. I’m excited for the opportunity and I’m ready to take advantage of it.”

A 2020 fifth-round draft pick out of Miami, Osborn didn’t catch a pass in his first season. Last year, he ended up starting nine games and catching 50 of 82 targets for 655 yards and seven touchdowns.

“What was funny was last year he showed up a lot in our two-minute stuff because in two-minute, we weren’t formulating the plays to get the ball to Adam or Justin as much,” quarterback Kirk Cousins said.

“It was just base formations and trying to run fast. And, so, KJ started showing up a lot, and I was saying to the coaches, ‘We might want to get him more involved in the first and second down game plan throughout the whole game, because in two-minute he’s really making plays for us.’ I’m excited to have a player of his caliber that can help take the pressure off of Justin and Adam.”

Osborn’s numbers from last year could be surpassed easily in the new offense, health permitting.

According to the Football Outsiders website, the league-wide rate for 11 personnel – one back, one tight end and three receivers – was 59.2 percent last season.

The Los Angeles Rams, where O’Connell was the offensive coordinator, used three receivers on a league-high 84.9 percent of their snaps.

Minnesota, with Zimmer’s more conservative approach, used 11 personnel on just 42.5 percent of snaps. While it was a double-digit increase from the previous season, it was still the fourth-lowest total in the NFL.

“I think you guys are going to continue to see K.J. making a lot of plays down the field in the passing game and that’s the stuff, rightfully, so that should be applauded,” O’Connell said earlier in training camp, adding that the third receiver will also need to be attentive as a blocker.

“That third receiver position requires a guy to do a lot of jobs,” O’Connell said. “Those jobs aren’t always the glitzy glamor ones where we all take note of that. It might be setting a block or understanding how to hit a block in the run game and ultimately how he plays with some of those screens and variations of what we do. He’s been really, really good. There’s no other way to describe it early on in camp. What I’ve challenged him to do is consistency.”

Osborn started the offseason in a competition for the job, along with Bisi Johnson, Ihmir Smith-Marsette and others. As camp progressed, Osborn was increasingly treated like a first-team player, including sitting out last week’s game.

“Year Two, I was just coming in trying to earn a roster spot,” Osborn said. “Hadn’t played any snaps yet. Last year, I played a full season, got some catches and things like that, have some success. Now, I’m coming out here trying to even maximize that, build off that and just become the player that I want to be.”