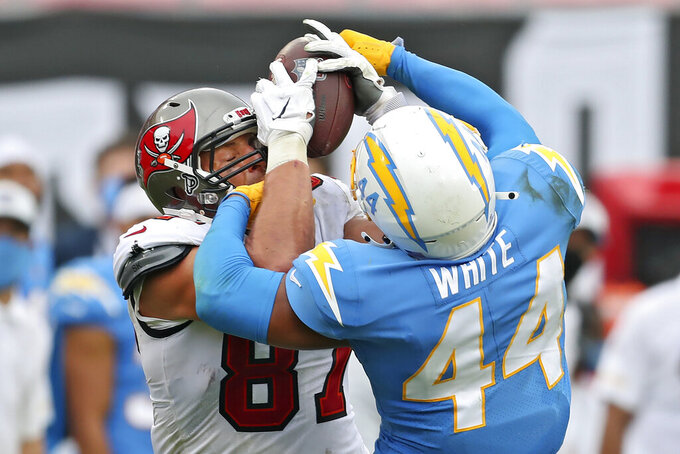 Tampa Bay Buccaneers tight end Rob Gronkowski (87) battles with Los Angeles Chargers outside linebacker Kyzir White (44) for a reception during the second half of an NFL football game Sunday, Oct. 4, 2020, in Tampa, Fla. Gronkowski came away with the catch. (AP Photo/Mark LoMoglio)

White is in his third season and is the Chargers leading tackler with 68. The COVID-19 list is for players who either test positive for coronavirus or have been in close contact with someone who has been infected.

Bello is in his third year and has previously played for Cleveland, Philadelphia and the New York Jets. Christiansen is a rookie who served as a team captain at Army in 2018 and ’19.

Watkins spent the last two seasons with the Chargers and made three starts last season.