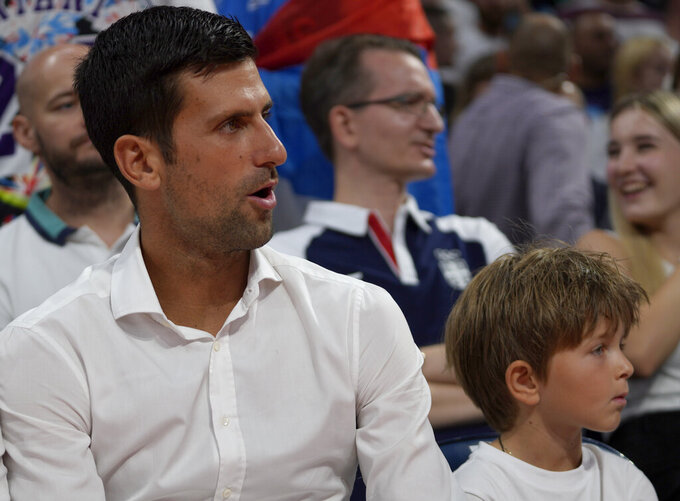 The Professional Tennis Players Association — or PTPA — announced the moves Thursday night, when the group held a meeting ahead of the start of the U.S. Open next week.

The PTPA also said it will start a program to help players get access to discounts for travel, among other things, and access to financial planners and support for discipline appeals.

The group announced it has raised $26 million in funding.

In addition to his time at NFL Players Inc., the marketing and licensing business of the NFL Players Association, Nassar was the founding CEO of OneTeam Partners, which supported the commercial interests of athletes across various sports.

The PTPA intends to set up a player-elected board with female and male representatives by early next season.

Djokovic, who has 21 Grand Slam titles, was not able to travel to New York, and won’t play in the year’s last Grand Slam tournament, because he is not vaccinated against COVID-19.