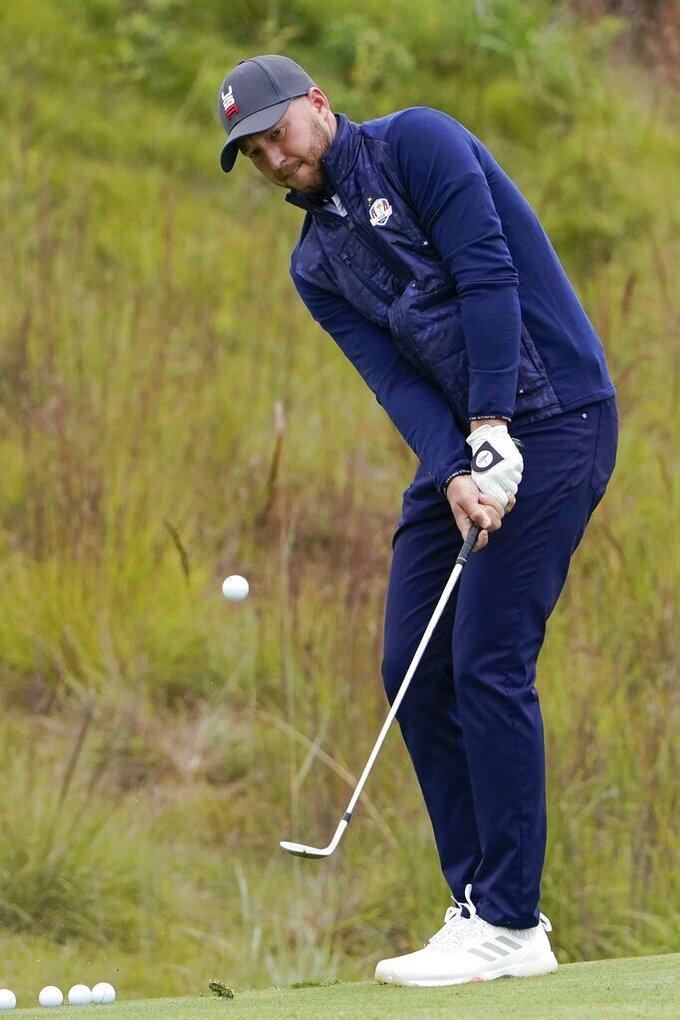 He lost. Europe lost. And he never really felt like he played any real golf.

After making his first team for the 2016 matches at Hazeltine, then missing Europe's win in Paris two years later, the 27-year-old Englishman is back and looking for a much different result this time.

While he'd be the last to make lineup suggestions to captain Padraig Harrington, Fitzpatrick said he never got into the flow in Hazeltine because the only match he played over the first two days was when he paired with Henrik Stenson in foursomes against Brooks Koepka and Brandt Snedeker. The Europeans lost, 3 and 2.

The next day, Fitzpatrick came out for singles and got crushed 4 and 3 by Zach Johnson.

“It’s like the equivalent of playing nine holes, really, and there’s no flow or rhythm to it, so you never really get what it’s like,” Fitzpatrick said of the lone alternate-shot match. “That was the big thing I took away was that I made sure that if I ever played again, I say, ‘Listen, I’m not saying you have to play me in the fourball, I’m just saying from experience, I feel like it would benefit me to play a fourball to have that experience.’”

Whether that happens this week is to be determined. Fitzpatrick is playing with Lee Westwood in Friday morning foursomes. The fourball pairings aren't announced until later.

U.S. rookie Daniel Berger's father, Jay, was a tennis player who once rose as high as seventh in the world singles rankings. During that time, he played in the Davis Cup in 1988 and 1990.

“Hard work, dedication, putting time in,” Berger said about the lessons he's learned from his dad. “I don’t think I’m the biggest, I’m not the strongest, I’m not the fastest golfer out here but I’ll outwork any of them and I think that’s my biggest asset.”

Berger, however, said he didn't tap into his dad for tips on moving from the week-to-week grind of solo play on the PGA Tour to a team event at the Ryder Cup.

“A lot of his advice is not golf-related,” Berger said. “They are just different sports, so it’s tough to really equate the two.”

The Europeans had green and gold in their team uniforms Wednesday as a tribute to the Green Bay Packers. The Americans have a captain who confessed his true colors during the opening ceremony on Thursday.

“I have to tell you, I'm a Bears fan — but I still love the Packers,” U.S. captain and Wisconsin native Steve Stricker said, drawing a mixture of boos from the crowd.

This is nothing new. Stricker has said many times the Bears were going strong when he was a kid and that was his team. He has prided himself on open communication. This might not have been the best time for that.

And then breaking into a smile, he added, “Don't turn on us now, please.”

There was a time when Paul Casey thought his Ryder Cup days were over. That was five years ago.

Casey was a regular on Europe's team from 2004-08. He then went 10 years without a sniff of the team. But a resurgence in his 40s — he's won four tournaments and finished in the top 10 in majors three times since 2018 — brought him back for Europe's win three years ago in Paris. He's back again this week at Whistling Straits.

“There was a time, pre-Paris, that I thought I might never play another Ryder Cup, having missed a couple, more than a couple,” Casey said.

Now that he's back, he doesn't want to leave anytime soon. Maybe he won't have to. Casey, who took one of the nine automatic qualifying spots on the European team, can look across the room this week and see Lee Westwood, who is making his 11th appearance at age 48.

Hand the Europeans another win in the Ryder Cup social media battles.

Their latest entry is called Out of Context, an animated video that pairs audio from players and TV announcers with off-kilter cartoons of things that weren’t really happening when those words were said. It’s cheeky and clever, in fitting in with most of the Team Europe productions at the Ryder Cup.

And while it might not show every player in his best light, Jon Rahm says it’s fitting because “when you’re in an environment with no judgment, you’re not scared of anybody posting on Instagram, you can let yourself go a little bit and be vulnerable, and that’s the fun part of things like that.”