Jags claim Patterson from Lions, their 6th kicker in 5 weeks 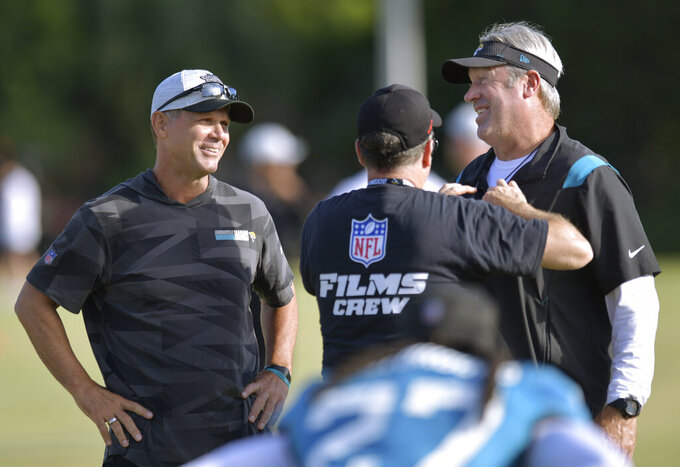 JACKSONVILLE, Fla. (AP) — The Jacksonville Jaguars have another new kicker, their sixth in the last five weeks.

The Jaguars were awarded Riley Patterson off waivers from Detroit on Wednesday. They also cut James McCourt and Jake Verity, who spent the last week vying for a kicking job that's been open for more than a month. McCourt made all 15 of his field-goal attempts during open portions of practice this week, joint practices in Atlanta last week and the preseason finale against the Falcons on Saturday.

Now it's Patterson's turn to attempt to secure the gig. Patterson kicked in seven games for the Lions last year, making 13 of 14 field goals. His lone miss came from beyond 50 yards. Patterson lost a kicking battle with veteran Austin Seibert in Detroit during the preseason and was waived Tuesday.

To make room for them, Jacksonville waived linebacker and safety Josh Thompson, and released offensive lineman Will Richardson.