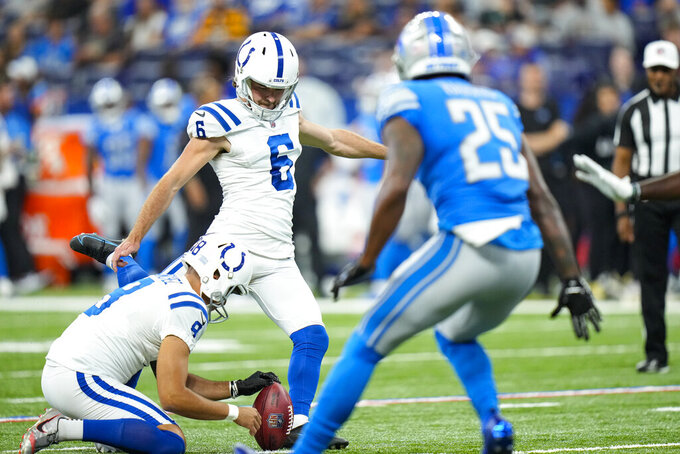 Indianapolis Colts place kicker Jake Verity (6) kicks a field goal from the hold of Rigoberto Sanchez during first half of an NFL preseason football game against the Detroit Lions in Indianapolis, Saturday, Aug. 20, 2022. (AP Photo/AJ Mast)

JACKSONVILLE, Fla. (AP) — The Jacksonville Jaguars have yet another new kicker, their second of the week and fifth since training camp opened a month ago.

The Jaguars claimed Jake Verity off waivers from Indianapolis on Friday. He joins James McCourt in the team's competition at kicker. Jacksonville claimed McCourt off waivers from the Los Angeles Chargers earlier this week.

Verity and McCourt could both kick in the team's preseason finale at Atlanta on Saturday.