Steelers S Fitzpatrick back at practice after appendectomy 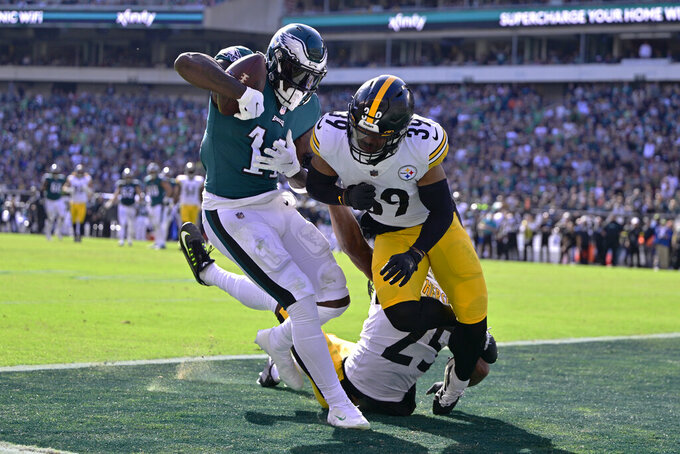 The two-time Pro Bowler said he felt fine after celebrating his 26th birthday by returning to his normal spot at the back end of Pittsburgh's defense, though it's unclear whether Fitzpatrick will be available when the Steelers (3-6) host Cincinnati (5-4) on Sunday.

“It’s something I have to take day to day, something I definitely don’t want to rush back from," Fitzpatrick said. "We’ll see what Sunday looks like, how it feels.”

Fitzpatrick practiced all last week before experiencing lingering abdominal pain less than 48 hours before Pittsburgh faced New Orleans. He had surgery on Saturday and then watched from the Acrisure Stadium sideline the following day as the Steelers beat the Saints 20-10.

Fitzpatrick said initially he thought the pain was “bubble guts, gas, whatever” but couldn’t ignore it as his symptoms persisted.

"The only reason I told the trainers (about the pain) was I couldn’t use the bathroom,” Fitzpatrick said. “They gave me medicine, and I still felt the pain. They said I should get a scan, and I was on the operating table 20 minutes later.”

While Fitzpatrick should recover fairly quickly, coach Mike Tomlin stressed he is not going to rush Fitzpatrick back. Fitzpatrick said doctors told him there should be no long-term effects, but the area around the incision will likely be sore for some time.

"You want to make sure that’s healed properly before you get out there and go full speed,” Fitzpatrick said. “It’s the twisting, turning and stretching up and down that aggravates it.”

Damontae Kazee filled in for Fitzpatrick and had his 13th career interception in the fourth quarter.

“We’ll see where (Fitzpatrick) is at the end of the week,” Steelers defensive coordinator Teryl Austin said. “He’s got plenty of reps under his belt, so I don’t worry about it if he’s not cleared or whatever until game time.”

Fitzpatrick played a key role in Pittsburgh's season-opening 23-20 upset of Cincinnati, returning an interception 31 yards for a touchdown. Fitzpatrick's pick came against Bengals quarterback Joe Burrow, who underwent an appendectomy of his own over the summer.

NOTES: Pittsburgh DL Larry Ogunjobi (knee) was limited on Thursday, potentially opening the door for a possible return this week after he sat out against New Orleans. ... LB Devin Bush (knee) was a full participant after not practicing on Wednesday. ... OLB T.J. Watt and DE Cam Heyward were given the day off, not uncommon for key veterans in the middle to latter stages of the season.