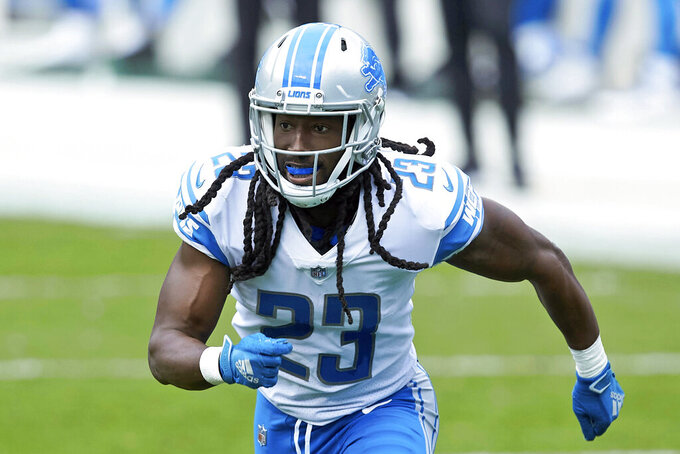 Fuller, drafted with the No. 14 overall pick in 2014, was an All-Pro in 2018 when he tied for the NFL lead with seven interceptions. He also made the Pro Bowl the following year when he picked off three passes. Fuller had one interception last season.

Trufant played his first seven seasons in Atlanta after being drafted out of Washington with the No. 22 overall pick in 2013. He made the Pro Bowl in 2015 and signed a two-year, $21 million deal with Detroit last year that included $14 million guaranteed.

Trufant ended up joining a long list of free-agent additions by former Lions general manager Bob Quinn that didn’t pan out. Injuries limited the 30-year-old cornerback to six games and one interception last season after he started 97 games for Atlanta.

Trufant was released by Detroit on Wednesday.