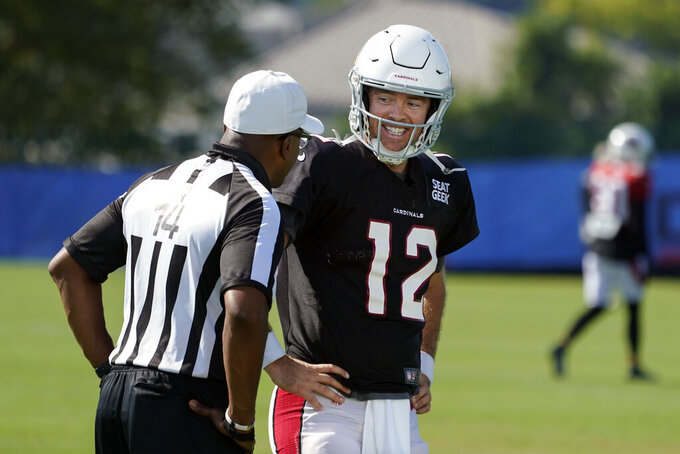 The 36-year-old McCoy went 2-1 as a starter last season for the Cardinals, filling in midseason when Murray was out with an injury. He completed 75% of his passes for 740 yards, three touchdowns and one interception.

McSorley played in three games with the Baltimore Ravens over the 2019 and 2020 seasons. He completed 15 of 29 passes for 144 yards in Arizona's final preseason game against the Titans.