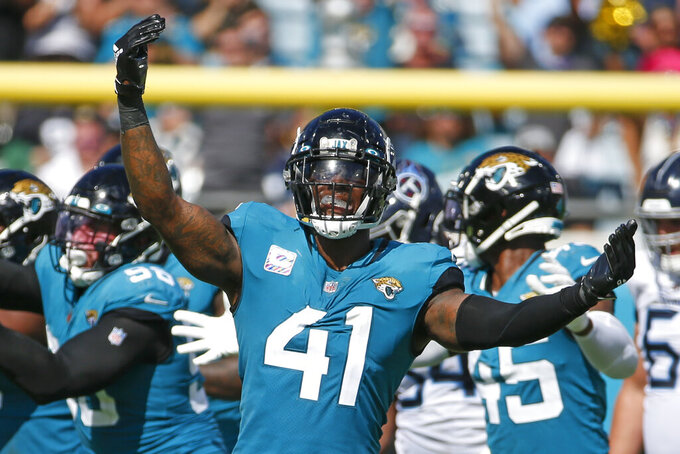 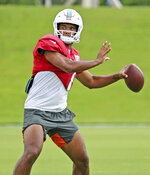 OPENING LINE: Miami by 3 ½, according to FanDuel Sportsbook.

TURNOVER DIFFERENTIAL: Dolphins minus-2; Jaguars minus-10.

DOLPHINS PLAYER TO WATCH: DL Christian Wilkins. He has 126 tackles in parts of three seasons, more than any other defensive lineman in the 2019 draft class. Jacksonville will be without C Brandon Linder (knee, ankle) and RG A.J. Cann (knee), forcing backups onto the field against Wilkins.

JAGUARS PLAYER TO WATCH: TE Dan Arnold has become one of QB Trevor Lawrence’s top targets in a matter of weeks. Arnold, acquired in a trade with Carolina late last month, has a team-high eight receptions for 93 yards in two games with Jacksonville.

KEY MATCHUP: Dolphins TE Mike Gesicki versus a Jaguars defense that has struggled to cover tight ends. Gesicki has 19 catches for 186 yards and a touchdown in Miami’s last three games. Jacksonville has allowed tight ends to score four TDs in the last four weeks.

SERIES NOTES: The average score of their nine regular-season meetings is Dolphins 20, Jaguars 16, with Miami going 5-4 in those games. The Jags won the lone playoff meeting 62-7, the last game of QB Dan Marino’s career with the Dolphins.

STATS AND STUFF: This is a matchup of two of the three NFL teams with the longest losing streaks. Miami has dropped four straight since winning at New England to open the season. Jacksonville has lost 20 in a row, the second-longest skid in NFL history. Tampa Bay holds the record with 26 in a row, set in 1977. Detroit (0-5) is the league's only other currently winless team. ... In 29 previous NFL games in London, the Dolphins are one of only two teams to be shut out. They lost to New Orleans 20-0 in 2017, three weeks before the Los Angeles Rams beat Arizona 33-0. ... Jacksonville is playing its league-high eighth game in London. The Dolphins are playing a fifth in London, the second most among NFL teams. ... Jacksonville is playing its first game at Tottenham Hotspur Stadium after hosting one game annually at historic Wembley Stadium between 2013 and 2019. The Jags hope to sign another long-term contract to play a home game annually at Wembley.

FANTASY TIP: Jaguars RB James Robinson is coming off a career game, rushing for 149 yards and a touchdown against Tennessee, and should be a must start against Miami’s defense. Both TEs are decent sleepers selections: Gesicki (Miami) and Arnold (Jacksonville).