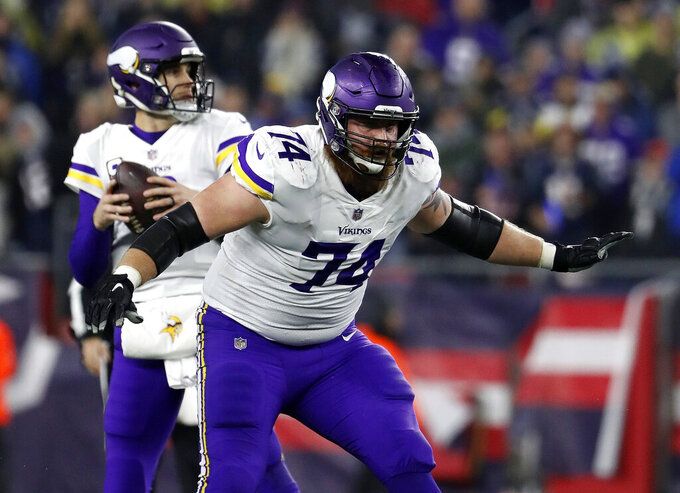 EAST RUTHERFORD, N.J. (AP) — The New York Giants have a new right side of their offensive line.

Contract details were not immediately available for the 30-year-old, who has started all 71 regular-season and postseason games in which he's played the previous five seasons.

Remmers spent the previous two years with the Vikings, starting all 16 games in 2018 at right guard. He also played right tackle and left guard during his tenure in Minnesota.

Remmers has ties to Giants coach Pat Shurmur and general manager Dave Gettleman. Shurmur was the Vikings' offensive coordinator in Remmers' first season in Minnesota. Gettleman was his general manager in three seasons with Carolina.

Remmers will compete with incumbent Chad Wheeler for the right tackle job, but the early speculation is that he will end up as the starter.

The Giants also waived rookie defensive back Jacob Thienemen, who hurt his knee in the minicamp. Thienemen, of Purdue, was signed on May 2.