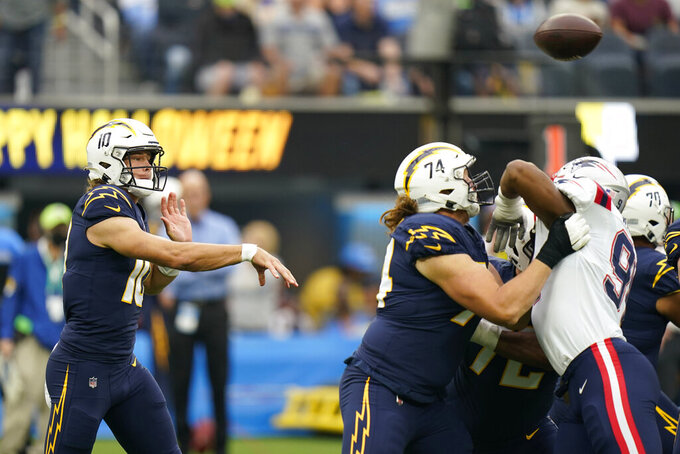 Herbert banged his throwing hand on the helmet of a New England Patriots player during the final drive in last Sunday's 27-24 loss. He goes into Sunday's game at Philadelphia fourth in the AFC with 16 touchdown passes, but the Chargers have dropped their last two games.

Cornerbacks Michael Davis (hamstring) and Asante Samuel Jr. (concussion) did not practice as well as safety Alohi Gilman (ankle). That could cause some juggling in the secondary with Tevaughn Campbell possibly getting the start.

“We’re still figuring out through this week who’s going to be able to go and who’s not. But the guys that we have had in practices, we’ve asked them to be ready to step up at any time," defensive coordinator Renaldo Hill said. “It just adds a little more urgency to our group that they need to be ready to roll. If they are out there, we don’t expect anything different.”