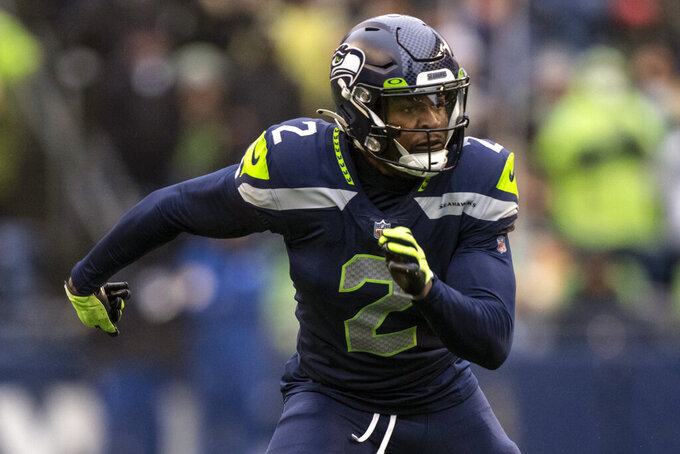 A person with direct knowledge of Reed's contract confirmed the agreement to The Associated Press on condition of anonymity because the team had not announced it; deals are not made official until the NFL’s league year begins Wednesday.

The Athletic first reported the deal with Reed. Another person with direct knowledge of the contract told the AP it is for three years and worth $33 million.

The 25-year-old Reed will be reunited with Jets coach Robert Saleh, who was his defensive coordinator in San Francisco his first two seasons after being drafted in the fifth round in 2018 out of Kansas State.

The signing of Reed will help boost a young cornerbacks corps. He’s expected to start at one of the outside spots, with Bryce Hall and Brandin Echols — both starters last season — competing for the other. Hall is entering his third NFL season, while Echols is coming off his rookie year.

Reed had two interceptions while starting 14 games last season for the Seahawks. He also started eight games for Seattle in 2020 after being claimed off waivers from San Francisco during training camp.

Whitehead gives the Jets a likely replacement for Marcus Maye at one of the safety spots. Maye is due to be a free agent and now appears unlikely to be re-signed.

New York brought back both Lamarcus Joyner and Will Parks, giving the Jets depth and experience — along with Whitehead — at the safety position.

The 24-year-old Whitehead — a cousin of former Jets cornerback Darrelle Revis — was a fourth-round pick by Tampa Bay out of Pittsburgh in 2018. He played in 59 games over four seasons with the Buccaneers, starting 55.

The Jets have been busy during the first two days of free agency, using Monday to focus on their offense. They re-signed wide receiver/kick returner Braxton Berrios and running back Tevin Coleman on Monday and agreed to terms on deals with guard Laken Tomlinson and tight end C.J. Uzomah.

NOTES: Berrios, who drew interest around the league after being selected an All-Pro at kick returner, told reporters during a Zoom call he “didn't want to chase every penny” during free agency. He re-signed with the Jets on a two-year deal worth $12 million, including $7 million fully guaranteed. “I have a great rapport here, I have a great thing here with everybody in the building and obviously everybody on the field as well,” Berrios said. “I wasn't trying to auction off to the highest bidder at the end of the day. This was comfortable. This was a great, great destination for me, and I was clear about that throughout this whole process.”