Patriots believe offense is better than it has performed 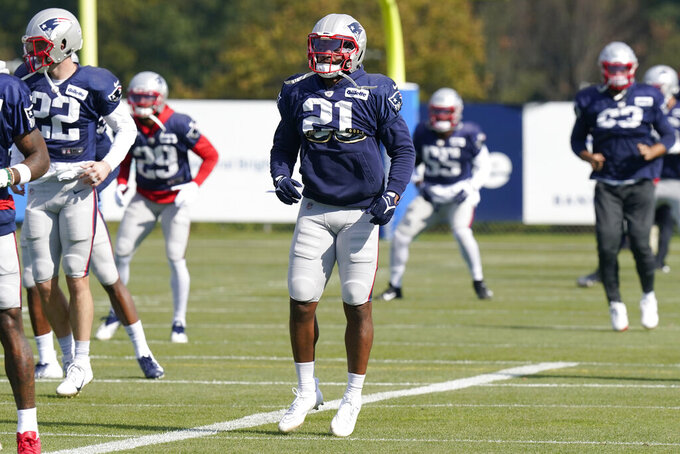 FOXBOROUGH, Mass. (AP) — The numbers are less than flattering.

The New England Patriots head into Sunday’s game with the New York Jets ranked 27th in rushing offense, 26th in total offense, 24th in points per game and 19th in passing offense. And with 11 giveaways through six games, only Kansas City (14) and Jacksonville (12) have turned over the ball more often.

Still, even in the wake of a 35-29 overtime loss to the Dallas Cowboys that dropped them to 2-4 on the season (0-4 at home), members of the team’s offense insist progress is being made.

While there were still obvious causes for concern in the loss to the Cowboys — the Patriots possessed the ball for just 26:51 to Dallas’ 39:17, they were 3 for 9 on third-down conversions, and quarterback Mac Jones turned it over twice — one a pick-six by cornerback Trevon Diggs in the fourth quarter — there were positive signs as well.

The 29 points the Patriots put up were a season high. Damien Harris’ 101 yards rushing included a 4-yard touchdown and marked his second 100-yard game of the year. Rookie Rhamondre Stevenson’s 62 yards from scrimmage (five carries for 23 yards; three catches for 39) were a career high and included his first NFL touchdown on a 1-yard run in the fourth quarter.

The team had a season-high six plays of 20 yards or more (four passing, two rushing), including touchdown passes by Jones to tight end Hunter Henry (20 yards) and wide receiver Kendrick Bourne (75 yards). For the fifth time in six games, Jones completed better than 70% of his passes (15 for 21, 71.4%), making him the first rookie to ever do so.

Added Bourne, “Just can’t have little mistakes. Can’t have a guy beating us off the edge, can’t have me getting jammed up or somebody having a missed assignment, whatever it may be. We just can’t do it at crucial times. I feel like that’s kind of the main thing. We’re doing the wrong things at crucial times. Not saying it’s (anything) crazy, but it affects the result of the play.

In this week’s opponent, the 1-4 Jets, the Patriots will be facing a team they have defeated 11 straight times going back to 2016, most recently 25-6 in Week 2. The Patriots have won just once since, a 25-22 comeback victory over the Texans in Houston in Week 5.

“We’re 2-4,” said Smith. “We know that we’re not a 2-4 team, and I think that we just have to continue to come in here with the work mindset, which we have. We’re workers, man, and we just take that approach day in and day out, and we just try to improve and get better and on Sunday lay it on the line.”