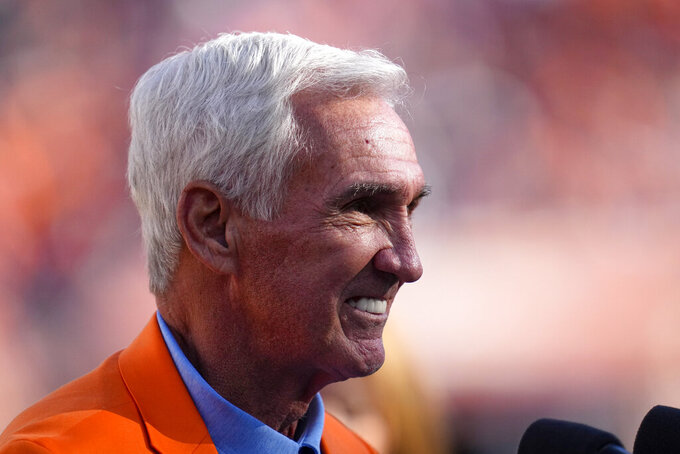 CANTON, Ohio (AP) — Super Bowl-winning coaches Mike Shanahan and Mike Holmgren are among 24 seniors, coaches and contributors selected as finalists for the Pro Football Hall of Fame’s Class of 2023.

Shanahan, who led the Denver Broncos to consecutive Super Bowl titles, and Holmgren, who won with the Green Bay Packers, are joined by 10 other coaches/contributors, including New England Patriots owner Robert Kraft and former Cleveland Browns/Baltimore Ravens owner Art Modell.

The 12-person Seniors Committee will meet Aug. 16, and each committee member will present one finalist. The committee’s final vote will send three Seniors to the full 49-person Selection Committee for consideration at its annual meeting in early 2023. Each of those three could be elected to the Pro Football Hall of Fame at that meeting.

Expansion of the Seniors pool to three for possible election to the Hall was approved earlier this year for the Classes of 2023, 2024 and 2025.