In the younger, cheaper NFL, Super Bowl champs get cut, too 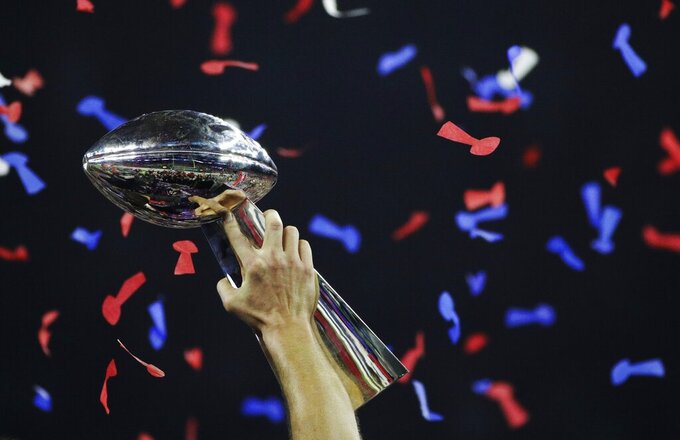 FILE - In this Feb. 5, 2017, file photo, New England Patriots' Tom Brady holds up the Vince Lombardi Trophy after winning the NFL Super Bowl 51 football game against the Atlanta Falcons in Houston. The NFL’s inexorable trend of going younger and cheaper does not bypass the best in the league. No team does it with quite the high-profile zeal as the Patriots, who have collected five Super Bowl titles since 2002, and will be going for No. 6 on Sunday, Feb. 3, 2019, against the Rams. (AP Photo/Jae C. Hong, File) 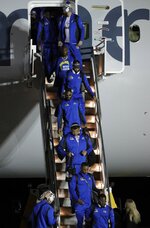 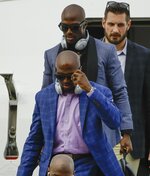 A word of warning to all those soon-to-be Super Bowl champions in New England or Los Angeles: Don't get too comfortable. You might be looking for a job fairly soon.

The NFL's inexorable trend of going younger and cheaper does not bypass the best teams in the league. In fact, it may help them stay as good as they are.

An Associated Press analysis of Super Bowl champions over the past seven years revealed that title teams shed an average of 20.4 players off their 53-man rosters from the Super Bowl to Week 1 of the next season. That's 38.5 percent. On average, the new players had 1.8 fewer years of experience than the players they replaced.

The findings were in line with data analyzed by the AP that showed a steady trend downward in experience of all teams despite attempts in the 2006 and 2011 collective bargaining agreements to stem that tide. Average experience on opening-day rosters has dropped from 4.6 years to 4.3 since 2005 .

No team does it with quite the high-profile effectiveness as the Patriots, who have collected five Super Bowl titles since 2002, and will be going for No. 6 on Sunday against the Rams.

New England's five Super Bowl champions turned over an average of 19.2 players the season after they won their titles. The season after their 2015 win over the Seahawks, they brought in 24 new players — the biggest number among all the teams surveyed in this analysis.

How does all this turn out? Not very well, except for the Patriots. Of the past seven Super Bowl teams, none has repeated. Two have returned to the Super Bowl to lose. Two have lost in the playoffs. Three didn't even make the playoffs.

Belichick's famously unsentimental view of rosters, and the players who fill them, has led to some of the most awkward, unpopular and sometimes downright messy break-ups in recent memory.

Coming off a season in which the Patriots lost the AFC title game, Belichick traded away linebacker Jamie Collins — to the then 0-8 Browns, no less — in the middle of the 2016 season. New England won the Super Bowl that year.

They unexpectedly benched the cornerback who saved the 2015 Super Bowl, Malcolm Butler, at the Super Bowl three years later, then let him go via free agency. Drew Bledsoe got injured in 2001 and his days were numbered. He got traded to the Bills after a backup named Tom Brady stepped in and did fairly well.

Through it all, Brady and Belichick have been the constant.

"Some of it is perception, and some of it is reality," said Eric Winston, the former NFL offensive lineman who is now the president of the players' union. "Every NFL team, in certain areas, goes through maturations and goes through the process of, 'How do we build a team?' And then it changes. One year, it's finding a few older free agents who can play. Another, everyone wants to get younger when the Seahawks win with an average age of" 26.4.

"Teams will try to find a younger, cheaper option even if the drop off in production isn't there" from the player they're cutting ties with, said Seahawks 11th-year offensive lineman Duane Brown. "If they're not as productive but a little cheaper they're willing to sacrifice it."

Even by jettisoning around one-third of their rosters, teams don't always end up younger the next season. Of the 10 teams the AP analyzed — all seven title teams since 2011, along with the 2001, 2003 and 2004 Patriots — six actually got older. That's because even with the turnover, essentially two-thirds of the roster stays and ages a year.

That only amplifies the need to work hard at staying young.

"He said, 'Man, I remember when I was in my room, the youngest person in our room was 29,'" Beachum said. "That's considered almost older than a geezer now.'"