LeShaun Sims gets chance with Titans' Malcolm Butler out 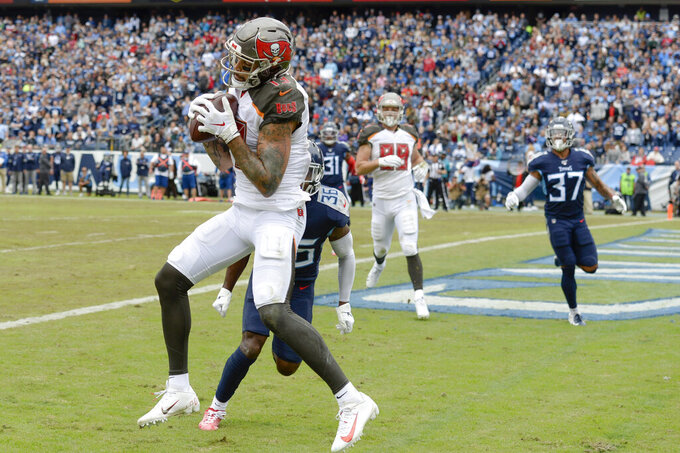 NASHVILLE, Tenn. (AP) — Titans cornerback Malcolm Butler is out for the rest of the season with an injured left wrist, and now it's LeShaun Sims' turn to be Tennessee's next man up.

No pressure either with Tennessee hosting the Kansas City Chiefs and the NFL's second-best passing offense.

Veteran cornerback Logan Ryan is excited to see Sims get his chance as a fifth-round pick out of Southern Utah in 2016.

"You cover our practices, he was the best corner in training camp this year with all of us out there," Ryan said. "He's really good and really good at the line of scrimmage. I got my first start when Aqib Talib got hurt, and that was seven years ago and Malcolm got (his debut) in the Super Bowl. So the rest is history. Obviously, LeShaun, we wish the best for him. He's ready to go."

Butler started the first nine games opposite Ryan and had two interceptions.

The 6-foot Sims started nine of 42 games played through his first three seasons with two interceptions, including the first of his career in the end zone of a win at Kansas City on Dec. 18, 2016, as a rookie. Sims has played every game this season, including lots of work when cornerback Adoree' Jackson was hurt in a win over Tampa Bay. He often was matched up against Mike Evans who finished with 198 yards receiving.

"I'm not worried about LeShaun," Pees said. "He'll step up and do a good job. Obviously don't like losing Malcolm, don't like losing anybody ever. It's always tough when you lose a starter ... but that's the nature of this business."

The Titans (4-5) currently are 17th in the NFL, giving up 236.3 yards passing a game. They rank fifth in the NFL with nine interceptions, and they will be tested Sunday whether Patrick Mahomes is back at quarterback or Matt Moore gets his third straight start. The Chiefs (6-3) average 300.7 yards passing a game with Tyreek Hill, Sammy Watkins and Mecole Hardman at wide receiver.

Safety Kevin Byard says Sims knows what's being asked of him and believes the cornerback will take advantage of this opportunity.

"This guy's a workaholic," Byard said. "This guy's here in early in the morning, he does his job. He's been pretty much practicing and preparing himself like he is the starter since he's been here, so I'm just excited for him he has the opportunity to play this week."

Sims already has done something Ryan says he'd never seen before back during training camp by not allowing a reception in 25 straight passes during 1-on-1 drills.

"What better opportunity to get your first start (of the season) against Mahomes and the boys and go out at Nissan Stadium?" Ryan said. "It should be one he remembers."