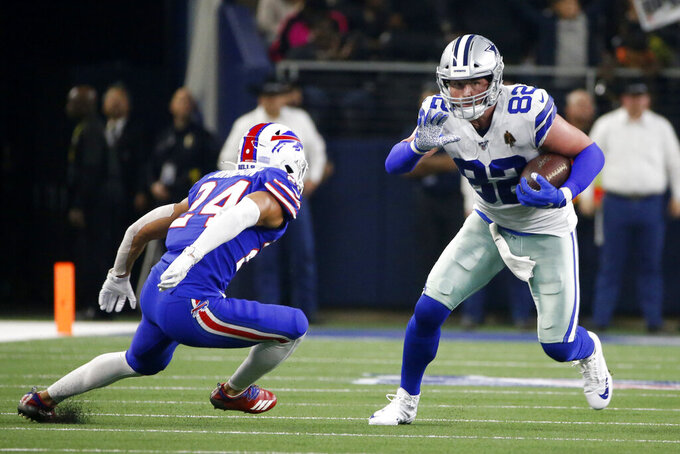 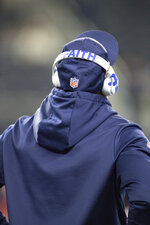 FRISCO, Texas (AP) — The only other time the Dallas Cowboys started 3-0 and missed the playoffs, Jason Witten was a sixth-year tight end for a team that had been the top seed in the NFC the previous year and was eager to atone for a crushing divisional-round loss.

Witten is still around 11 years later after coming out of retirement because he thought Dallas was good enough for him to achieve one of the few things that had eluded him for 15 years: a trip to the Super Bowl.

Winning the first three games fueled the lofty chatter, only to be followed by six losses in nine games with the Cowboys set to visit Chicago on Thursday night in a matchup of 6-6 teams having disappointing years coming off postseason appearances.

If there’s a common denominator in faltering under the weight of high expectations for what could now be the only two Dallas teams to miss the playoffs after 3-0 starts, Witten doesn’t see it. Besides which, the Cowboys still lead the NFC East despite their frequent stumbles.

“First of all, I think that’s a good thing when there’s high expectations for them,” Witten said. “I think if a team allows for outside expectations to be higher than what they have for themselves, then you have a problem.

Star running back Ezekiel Elliott says the Cowboys are feeling a little angry as well, which the two-time rushing champion said created some chippiness Sunday in the first practice after a 26-15 loss to Buffalo on Thanksgiving.

Elliott’s teammates agreed to varying degrees on how spirited practices have been for a team that has underachieved for weeks and simply hasn’t been able to shake the inconsistency.

There was a loss to the then-winless New York Jets, which the Cowboys answered by blowing out Philadelphia with first place in the NFC East on the line.

Special teams mistakes in a rainy and windy 13-9 loss at New England set off owner Jerry Jones, who ripped the coaching staff in what became the latest saga over the often-discussed future of coach Jason Garrett.

Dallas looked as if it had another answer with a quick start against the Bills, only to get outscored 26-0 over a 50-minute stretch, prompting a much calmer Jones to back his coach and entertain “dreams” of a late-season run to the Super Bowl.

Amid the wild fluctuations, quarterback Dak Prescott says he remains calm and confident.

“I’ve faced adversity a lot in my life on and off the field and at this moment I’m just doubling down on myself and my teammates,” Prescott said. “I’ve got confidence in what I can do and what these guys around me can do and hope they’re looking my way.”

Defensive lineman Michael Bennett, acquired from New England in a trade in October, was heard screaming in the locker room after the loss to Buffalo. He wouldn’t comment on it Tuesday and said “I don’t know” when asked if the message was well-received by teammates.

Jones came out of that same locker room with tears in his eyes, before proclaiming that he could see the Cowboys winning their four remaining regular-season games, followed by a home wild-card game.

Dallas hasn’t been past the divisional round since the last of the franchise’s five Super Bowl titles to finish the 1995 season. The sixth straight divisional loss came last year at the Los Angeles Rams for the defending division champions.

Elliott, who is likely to finish without a rushing title in a full season for the first time, has grown weary of the search for theories of what ails the Cowboys.

That includes the question of weighty expectations that also grew out of the 2016 All-Pro ending a preseason-long holdout the morning of the first full practice of the season by signing a $90 million extension. Elliott was viewed as the one missing piece in training camp.

“I wouldn’t say it’s weighing on us,” said Elliott, who is on a four-game stretch without a 100-yard game, the first time that’s happened in the same season in his four years as a pro.

“Everyone wants to try to find out what’s wrong. I’ll tell you what’s wrong. We just haven’t played good football. We haven’t gone out there and executed as a team. Until we do that, it’s going to be tough to win ballgames.”