Darnold to make $18.9 million after Panthers pick up option 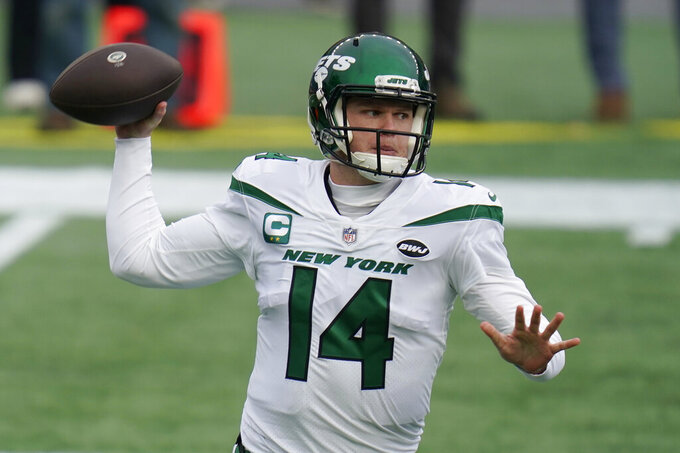 FILE - In this Jan. 3, 2021, file photo, New York Jets quarterback Sam Darnold rolls out to pass against the New England Patriots during the first half of an NFL football game in Foxborough, Mass. The Jets will get back on the rookie quarterback roller coaster three years after trading up to take Darnold with the third pick. With New York holding the second selection in a quarterback-heavy draft, general manager Joe Douglas dealt Darnold to Carolina and now has his eyes on another potential franchise QB. (AP Photo/Charles Krupa, File)

CHARLOTTE, N.C. (AP) — The Carolina Panthers upped their commitment to Sam Darnold on Friday, picking up the fifth-year option on the quarterback’s rookie contract. He will now make $18.9 million for the 2022 season.

Darnold's contract would have expired after the 2021 season, and he would have become an unrestricted free agent if the Panthers had not picked up the fifth-year option. With the move, the Panthers solidified their quarterback position for the next two seasons.

“We brought Sam here for a reason and we are excited to see what he can do,” Rhule said Friday night on the decision not to select Fields. “We traded for him because we believe in his potential.”

The team also confirmed it has picked up wide receiver D.J. Moore's fifth-year option, which will pay him $11.1 million in 2022.