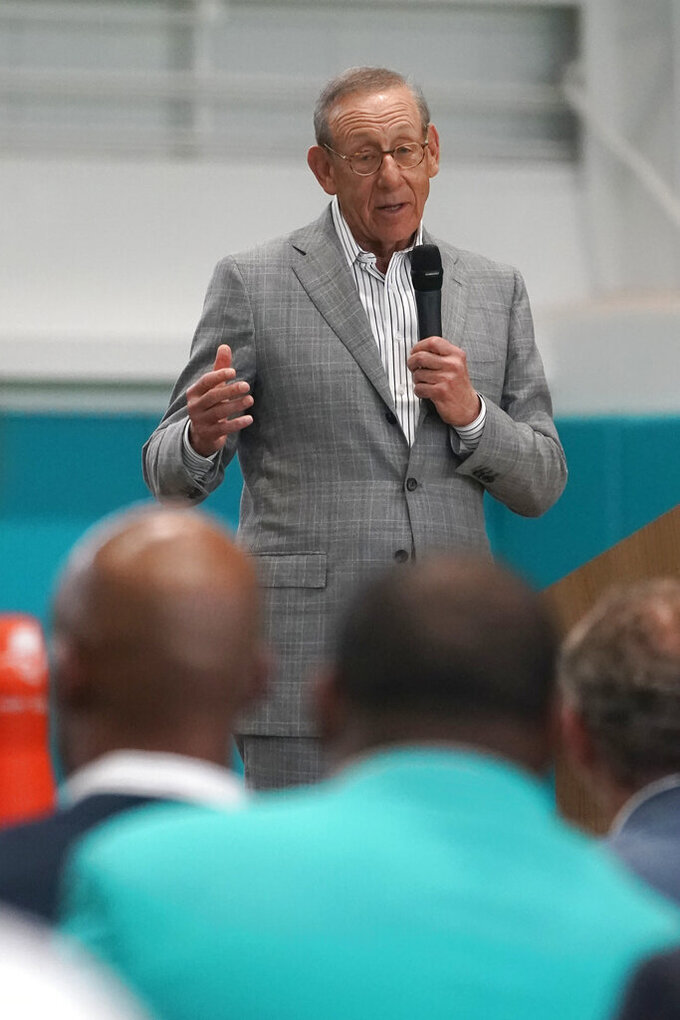 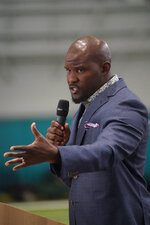 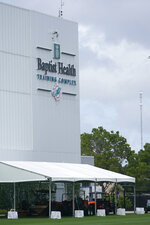 Anything to expedite the process of building a champion.

The Dolphins held a grand opening for their $135 million complex on Tuesday, one week before the start of training camp. The site is next to the Dolphins' stadium, and eight miles south of Davie, where they have trained since 1993.

“It’s like a dream come true for me,” owner Stephen Ross said. “We traveled the country, saw the best of all the teams and put it together. Hopefully, the players will be inspired to win. If you can’t win with a facility like this, you’re never going to win.”

Along with the slide, which Ross enthusiastically endorsed, players can make use of lounge areas, a barber shop, a place for darts and 209 televisions.

The complex also covers the basics, with two outdoor practice fields — one grass and the other an artificial surface — and one indoor field. Covered seating will hold up to 2,200 fans during training camp.

There are two auditoriums, the larger seating 176, and a dining room with a capacity of 158. The indoor training area includes four pools. The surroundings are distinctly subtropical, thanks partly to nine species of palms.

Coach Brian Flores said his players are excited about their new digs, and he credited Ross and team president Tom Garfinkel.

“They had a vision,” Flores said. “Today is the realization of that vision.”

Fifteen former players attended the grand opening, and the old-timers shook their heads at how far the franchise has come. Two-time All-Pro safety Dick Anderson was a rookie in 1968, when the Dolphins were in their third season under thrifty founding owner Joe Robbie.

“The worst was morning meetings in the locker room with no chair backs. Then we'd go to the Miami baseball stadium, and that’s where we practiced, running in the dirt," Anderson said as he scanned the new complex.

“I don't think anybody has something as good as this.”