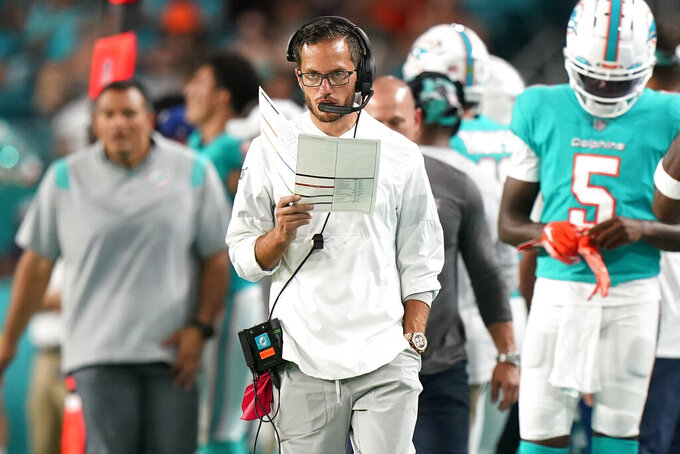 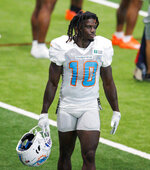 Strengths: The Dolphins were second in scoring defense in the final nine games of the 2021 season, and they returned the majority of their defensive starters. Most importantly, Miami re-signed cornerback Xavien Howard, who leads the league in interceptions since 2016. On offense, the Dolphins have surrounded third-year quarterback Tua Tagovailoa with the playmakers he needs to take the next step. The receiving duo of second-year player Jaylen Waddle and former Kansas City Chief Tyreek Hill figures to be one of the speediest and most electrifying units in the NFL.

Weaknesses: Miami did not run the ball well last season in part because of issues and inconsistency along its offensive line. The Dolphins brought in three running backs in the offseason: Chase Edmonds, Raheem Mostert and Sony Michel, and they signed Pro Bowl offensive tackle Terron Armstead and Connor Williams to address their offensive line. The Dolphins haven’t shown much production in the run game so far in the preseason, but McDaniel has been associated with offenses known for their successful rushing attacks.

Camp development: Dolphins second-year safety Jevon Holland has had one of the best camps of any of Miami’s players and has shown how important he will be in Miami's secondary. He recently had a multiple-interception practice, and has shown his closing speed in trailing Hill.

Fantasy Player To Watch: Waddle. The attention that Tyreek Hill will demand from opposing defenses will open up opportunities for other receivers in Miami’s offense, especially the Dolphins’ quick second-year receiver. Waddle had 104 receptions for 1,015 yards and six touchdowns last year.

Expectations: The Dolphins had one of the worst stretches in the NFL last season, losing seven straight games after winning their season opener. Then they went 8-1 to finish the season, though they missed the playoffs for the fifth straight season. Miami has surrounded Tua Tagovailoa with receiving options. The Dolphins brought in a new head coach in McDaniel, who came from a team with one of the best rushing attacks in the league. They added new pieces along their offensive line to address their protection issues and returned most of their defense from a year ago. If all of Miami’s offseason work pays off, multiple playoff wins are attainable, even in a tough, competitive AFC.