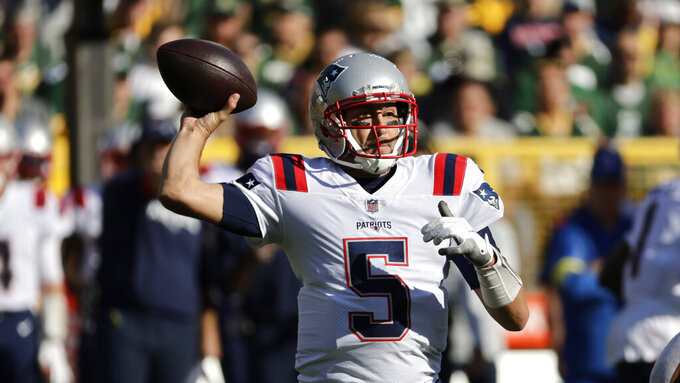 Bailey Zappe, a rookie fourth-round pick from Western Kentucky, took over for Hoyer and made his NFL debut Sunday.

Hoyer was making his first start since 2020 and stepping in for Mac Jones, who injured his left ankle last week in the Patriots' 37-26 loss to the Baltimore Ravens.

Hoyer departed after getting sacked by Rashan Gary on a third-down play in the Patriots' second series of the game. He had engineered a 10-play, 56-yard drive on the game's opening series to set up a Nick Folk 37-yard field goal that gave New England a 3-0 lead.

The team said Hoyer was being evaluated for a head injury and announced he was out for the rest of the game after the Patriots went three-and-out on Zappe's first drive.