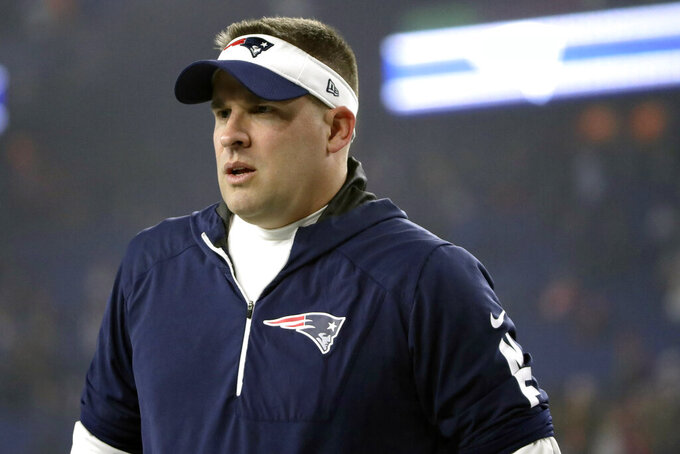 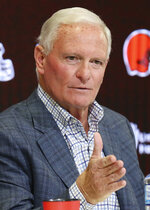 CLEVELAND (AP) — The Browns' two-week-old coaching search has come into focus, and perhaps may soon come to an end.

They haven't hired anyone yet, but they're getting closer.

It's been a slow, tedious process for Browns owner Jimmy Haslam and his search committee who are nearing decisions they hope can get a talented team that didn't fulfill expectations in 2019 turned in the right direction.

As they debated the merits of the coaches they've spoken with, the Browns requested interviews with Indianapolis assistant general manager Ed Dodds and Philadelphia vice president of football operations Andrew Berry, a person familiar with the team's actions told The Associated Press.

Berry previously worked in Cleveland, serving as director of player personnel from 2016-19.

The Browns still intend to hire their coach first and could make other requests for potential GMs, said the person who spoke on condition of anonymity because the team is not making its plans public.

Dodds' candidacy is significant because he's linked to Saleh. The fiery 40-year-old Saleh, who dazzled the Browns in his meeting with them last week, worked with Dodds in Seattle from 2011-13. They won a Super Bowl together with the Seahawks.

Haslam said it's imperative to have his coach and front office aligned this time from the outset after so many failed regimes.

Berry was well regarded during his time in Cleveland and Haslam may want to bring him back to pair him with Stefanski. He was the preferred choice last year of Berry and Browns strategy officer Paul DePodesta, who is heading this coaching search.

The Browns are now free to hire the 37-year-old Stefanski after Minnesota was beaten 27-10 by San Francisco — and Saleh's defense — in an NFC playoff game.

“Saleh called a fantastic game,” he said. “I read this game would decide the Cleveland Browns coaching position and between their offensive coordinator and Saleh, and if that's the way it was decided, I think Saleh put on a good performance and he deserves consideration. He's called great games throughout the year. That was a masterpiece.

McDaniels was the last candidate to meet the Browns, spending seven hours Friday at their facility. But the six-time Super Bowl winner returned to Boston without being offered a job that he's been connected with three times.

McDaniels was thought to be favored by Haslam, who has fired five coaches since buying the Browns in 2012. McDaniels interviewed for Cleveland's job in 2009 before he went to Denver and he removed himself from consideration from the Browns in 2014.

Per NFL rules, the Browns can't officially hire a coach until his current team's season ends, so it could be that the Browns are just in a holding pattern while waiting for Saleh to become available. They can reach an agreement with a candidate, but a contract can't be signed.

Haslam and his group also interviewed Bills offensive coordinator Brian Daboll, Eagles defensive coordinator Jim Schwartz and former Packers coach Mike McCarthy, who was first candidate to meet with the Browns but was hired by Dallas.