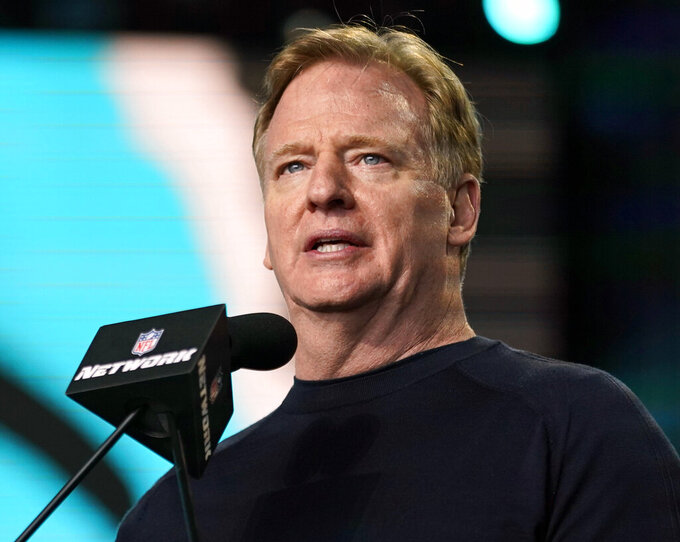 WASHINGTON (AP) — Two members of the House of Representatives urged the NFL and the Washington Football Team to release individuals from non-disclosure agreements that would prevent them from discussing sexual harassment and workplace issues at owner Daniel Snyder’s club.

“Congress has a responsibility to combat harassment and discrimination in the workplace. If the NFL shares our commitment to address these issues, it will be fully transparent about the findings of the internal review and will allow all individuals to speak freely without fear of retaliation,” Maloney said.

Maloney and Krishnamoorthi sent a letter to NFL Commissioner Roger Goodell on Oct. 21 requesting that all documents and communication related to the probe into the Washington Football Team be turned over by Thursday.

“While Commissioner Roger Goodell has told the press that victims and witnesses are free to take their story public, he should know many of them do not have that option,” Krishnamoorthi said Friday. “Dan Snyder, the owner of the Washington Football Team, has saddled them with gag orders, preventing them from coming forward due to fear of retaliation. If the NFL and the WFT are serious about addressing, among other things, sexual harassment within their organizations, they must allow these individuals to speak freely.”

“As we have discussed with the committee, we are in the process of identifying responsive documents while working through issues of privilege and anonymity promised to participants in the investigation,” McCarthy said.

The Washington Football Team hired lawyer Beth Wilkinson in the summer of 2020 to look into allegations of sexual harassment and other improper conduct within the organization. The league later took over that investigation and fined the team $10 million in July, saying the culture at the club was “toxic” and ownership and senior officials paid little attention to sexual harassment and other workplace issues.

The NFL said there was no written report on Wilkinson’s inquiry.