Dolphins rookie WR Williams out for season with knee injury 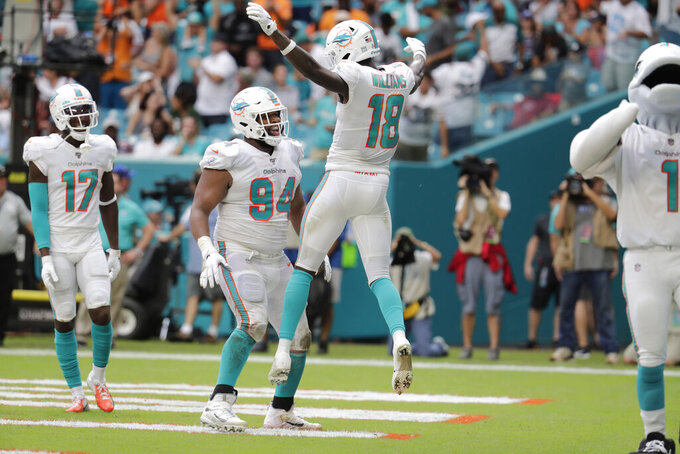 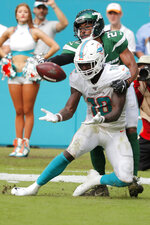 DAVIE, Fla. (AP) — Preston Williams' breakout season with the Miami Dolphins is over.

The undrafted rookie receiver will miss the final eight games with a knee injury suffered in the Dolphins' first win of the year against the New York Jets, coach Brian Flores said Monday.

"I was devastated for the kid," Flores said. "He has done an incredible job."

Flores declined to give details about the injury and said it's not yet known whether Williams will be ready for training camp next year.

Williams was a pleasant surprise amid Miami's dismal start this season. He has 32 receptions, which leads the Dolphins and is tied for the most among rookie wide receivers in the NFL. He also leads Miami with 428 yards receiving and caught two touchdown passes Sunday.

Williams' punt return average of 11.5 yards is the best by any player with at least 10 returns this year.

"He'll be back," Flores said. "He can be a very good player in this league."