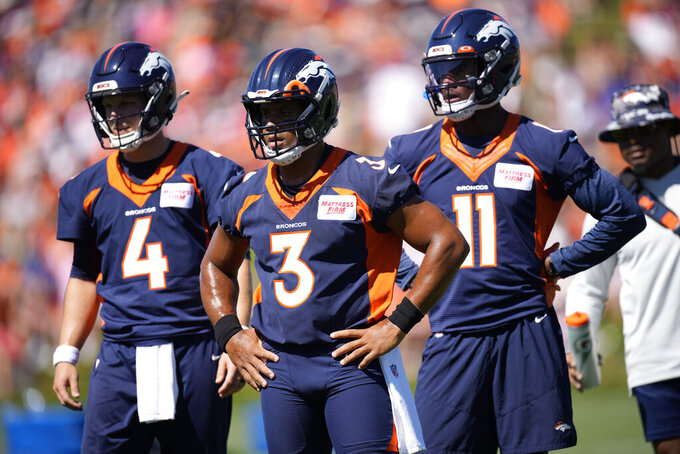 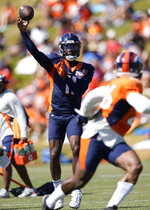 For the record: 27 signings/re-signings to go with 17 releases/cuts spanning 14 different teams, according to his lengthy transaction page.

The 36-year-old can’t instantly recall all the quarterbacks he’s backed up, competed against or beaten out since being picked in the fifth round by Tampa Bay in 2008. He had to think for a long moment just to name the ones he’s crossed paths with who’ve won Super Bowl titles (three, by his tally).

“If I’m leaving out somebody, sorry,” Johnson said with a laugh after a recent practice, where he continues to make a strong case to back up Russell Wilson. “Being able to throw the ball, put that jersey on, that’s a blessing. I’m just enjoying every minute of every moment.”

His arm and his experience have opened many doors. He signed a total of seven times with San Francisco (including practice squad), three times with the New York Jets and twice each with Cincinnati, Indianapolis, Houston, New York Giants and Baltimore. He's also signed contracts with the Bucs, Cleveland, Buffalo, the Raiders, Washington, Detroit and now Denver, which he penned in March.

That's a lot of teammates — and playbooks — over a career where he's played in 37 games and started nine times. For his career, he has 13 TD passes, 16 interceptions and 2,270 passing yards.

He's just enjoying the ride — as whirlwind as it may be (he's had tenures with teams that lasted only a handful of days).

“I’m not really in the business of proving people wrong anymore,” said Johnson, who was drafted out of the University of San Diego, an FCS program.

The Super-Bowl-winning signal callers he’s worked beside include Eli Manning with the Giants, Joe Flacco when they were teammates with the Jets last season and these days, Wilson.

He received some advice a while back that's proven to be extremely applicable.

“Control what you can control and understand that no matter who you are, the nature of this business is looking to replace you unless you don’t allow it,” said Johnson, who is competing with Brett Rypien for the No. 2 spot as the Broncos open the preseason Saturday against Dallas at home. "I’m grateful for the journey itself.”

His top statistical season was 2009 with Tampa Bay, when he played in six games (four starts) and threw for 685 yards along with his first career TD pass — an 8-yard strike to Antonio Bryant.

Last December, he was on the practice squad with the Jets when he was signed to the active roster by Baltimore. The Ravens needed another QB with Lamar Jackson recovering from an ankle injury. Just 11 days later, Johnson found himself starting after Tyler Huntley went on the COVID-19 list. Johnson threw for 304 yards and two TDs in a 41-21 loss at Cincinnati.

His experience played a role in first-year Broncos coach Nathaniel Hackett bringing him in.

Johnson is enjoying his time with Wilson, whom the Broncos traded for during the offseason in the hopes of ending a six-year playoff drought.

“He sets the pace and we all follow,” Johnson said of Wilson, who led Seattle to a Super Bowl win over the Broncos following the 2013 season. “It’s been nothing but great energy every day.”

Johnson's football excursions have also included suiting up for the L.A. Wildcats of the XFL, where he led the league in passer rating (106.3).

To stay grounded through all the uncertainty of football, Johnson has kept his base of operations in his hometown of Oakland, California. He has three kids.

“My trials and tribulations are not my family's,” said Johnson, who started a foundation with his cousin, longtime NFL running back Marshawn Lynch, that focuses on empowering youth in addition to helping launch a gaming league. "They have to endure with me because I’m going through ups and downs, but for them I try to provide as much consistency as possible.”

Another number: 40. That's how old Johnson would like to be when he steps away from the field (if not longer).

"Because playing quarterback," Johnson said, "is very high on my list of things I love to do.”