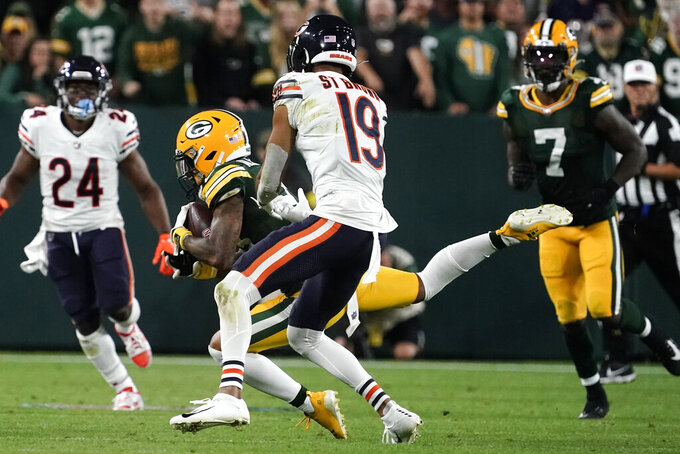 The Packers included Alexander among their list of inactive players for Sunday afternoon’s game. Alexander had been listed as questionable on Friday’s injury report after he injured his groin early in the Packers’ 14-12 victory at Tampa Bay.

Hoyer is starting in place of Mac Jones, who injured his left ankle last week in a 37-26 loss to the Baltimore Ravens. The Patriots had announced Friday that Jones wouldn’t be playing against the Packers.

The Patriots also won't have wide receiver Jakobi Meyers, who is missing a second straight game with a knee injury. Meyers had caught 13 passes for 150 yards in New England’s first two games.

Hoyer has a 16-23 record as a starting quarterback, a mark that includes 11 consecutive losses.

The 36-year-old veteran’s most recent start came in 2020 when he filled in during New England’s 26-10 loss at Kansas City with Cam Newton unavailable because of a positive COVID-19 test.

Packers offensive tackle Yosh Nijman is active for Sunday’s game. The Packers had ruled him questionable on Saturday because of an illness.