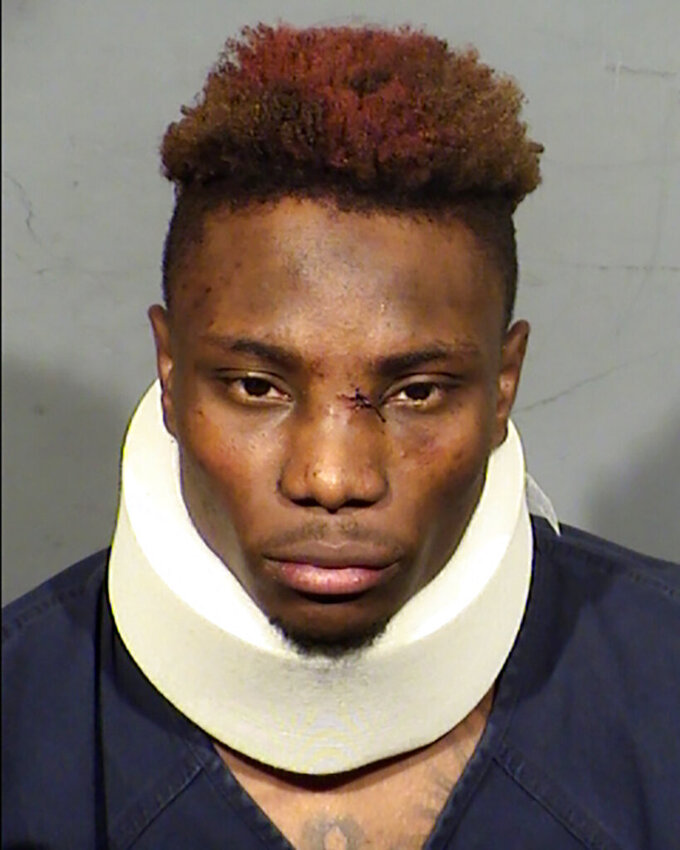 LAS VEGAS (AP) — Lawyers for ex-Las Vegas Raiders wide receiver Henry Ruggs are asking a judge to throw out evidence that prosecutors say shows Ruggs had a blood-alcohol level twice legal limit while speeding at 156 mph (251 kph) on a city street before a fiery crash that killed a woman in November.

In a court filing that effectively delayed a preliminary hearing of evidence, Ruggs’ defense team argues police didn’t have a legal reason to ask a judge to authorize a warrant to obtain Ruggs’ blood.

“True probable cause did not exist,” attorneys David Chesnoff and Richard Schonfeld said in a document submitted May 23 to Las Vegas Justice of the Peace Ann Zimmerman. “The mere fact of Mr. Ruggs’s involvement in a fatal vehicle collision does not, in itself, give rise to probable cause to believe he was driving under the influence of alcohol.”

Ruggs was hospitalized and no field sobriety test was performed at the crash scene to determine if he was impaired, the document said. It notes that a police officer asked his sergeant what to do without an impairment finding.

The unnamed sergeant is recorded on body-worn camera audio responding that, “driving behavior and death alone is going to get you a warrant all day,” the court filing said.

Zimmerman pushed back from next week to Sept. 7 the date of a preliminary hearing to determine whether Ruggs will stand trial in state court on felony driving under the influence and reckless driving charges. She scheduled a July 12 hearing on the evidence question.

Schonfeld declined to comment ahead of the hearing, while prosecutor Eric Bauman said Friday he’ll “contest the motion and we will see what the court decides.”

Ruggs, 23, is a former first-round NFL draft pick. He remains on house arrest in Las Vegas with electronic GPS and alcohol monitors. He faces a mandatory two years in state prison and maybe more than 50 years if he’s convicted.

Ruggs also is charged with misdemeanor gun possession after police reported finding a loaded handgun in his demolished Chevrolet Corvette.

The predawn wreck sparked a fire that killed 23-year-old Tina Tintor and her pet dog, Max, in Tintor’s Toyota Rav4.

Ruggs and his girlfriend, Kiara Je’nai Kilgo-Washington, were hospitalized after the crash. The extent of their injuries has not been made public, although Clark County District Attorney Steve Wolfson said prosecutors were told Ruggs suffered a leg injury and Kilgo-Washington underwent arm surgery.

A state court judge in April rejected Kilgo-Washington’s effort to block prosecutors from obtaining her medical records. Her attorney had argued that Kilgo-Washington wasn't charged with a crime and her health information was protected by federal and state doctor-patient confidentiality laws. Ruggs and Kilgo-Washington have a daughter together.

Meanwhile, Ruggs’ preliminary hearing has been postponed several times while Chesnoff and Schonfeld have fought to block release of his medical records and to get a court order to obtain fire department records that court filings say might show firefighters were slow to douse the fire in Tintor’s car.

Ruggs had been emerging as a star wide receiver last year for the Raiders, with a four-year rookie contract reported to be worth more than $16 million. He was released by the team just hours after the crash.