Seahawks check plenty of boxes with nine selections in draft 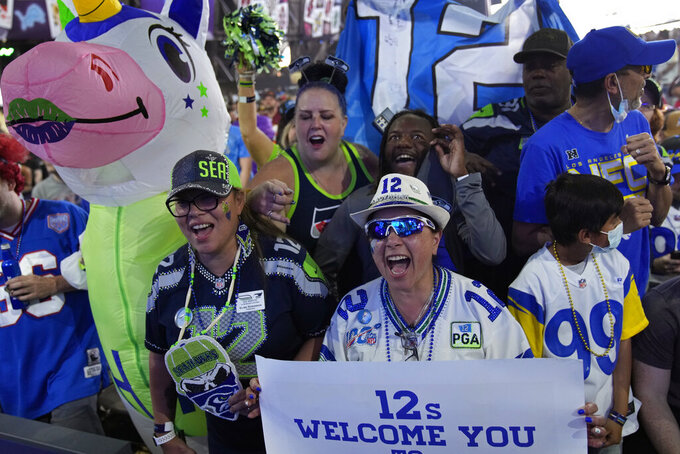 RENTON, Wash. (AP) — A hallmark of past Seattle Seahawks drafts under the current regime was unpredictability. General manager John Schneider and coach Pete Carroll were always good for an occasional off-the-wall selection.

That's made what the Seahawks did with nine picks in this year’s draft that wrapped up on Saturday rather boring. There weren’t any impulsive, random picks. No players with future position changes or selections at spots that didn’t appear to be priorities.

It was a very structured and straightforward draft among the nine selections by the Seahawks that hit on a significant number of needs. As some Seahawks fans noted on social media, it was as if Seattle went to the store with a shopping list and didn’t deviate from the needs.

“We were pretty well balanced in our choices that we got some spots we had kind of agreed upon that it’d be nice to get some help,” Carroll said. “The roster feels to be in pretty good shape right now.”

On the surface, it appears to be one of the more complete drafts with Schneider and Carroll in charge. Seattle came away with what it hopes is a pair of offensive tackle starters taking Charles Cross (left) in the first round and Abraham Lucas (right) in the third. Seattle nabbed the best college running back in the country last season in Kenneth Walker III, a protective hedge in case Chris Carson isn’t able to return to full health after neck surgery last season.

Boye Mafe and Tyreke Smith are edge rushers with different skills that should fit in with Seattle’s change to more of a 3-4 scheme. With depth an issue at cornerback, Seattle selected Jim Thorpe Award winner Coby Bryant and workout star Tariq Woolen with consecutive picks in the fourth and fifth round.

And if the first seven picks weren’t solid enough, the Seahawks took chances on a pair of developmental wide receivers, getting Bo Melton of Rutgers and Dareke Young from Lenoir-Rhyne in the seventh round.

A year after having just three total picks in the draft, Seattle only addressed five position groups but seemed to accomplish what was needed. Perhaps most surprising of all, the Seahawks made just one trade.

“I definitely thought we would move around more than we did,” Schneider said.

The glaring absence from Seattle’s draft list was selecting one of the available quarterbacks, reinforcing what Carroll has said that Geno Smith, Drew Lock and Jacob Eason will get their chances to win the job. That doesn’t preclude Seattle adding other options during the rest of the offseason, but clearly this draft was not the place the Seahawks intended to find an option to replace Russell Wilson.

This might sound familiar: The Seahawks drafted a cornerback in the fifth round that was a converted wide receiver and had unique measurables for the position.

That’s not a direct comparison, or an expectation that Woolen is Seattle’s new version of Sherman. Seattle has always coveted athletic cornerbacks with size. But the similarities were hard to ignore.

“Crazy to be kind of the same footsteps as him,” Woolen said. “Now, it’s what I do when I get there.”

Woolen made the switch to cornerback during the 2019 season. While he was on the radar of teams during his career at UTSA, it was his combine performance of 4.26 in the 40-yard dash when Woolen essentially assured himself of being drafted.

His cornerback skills in general are still raw, but at the very least Seattle has itself an athlete that can be used in different ways.

He was the second cornerback selected on the final day after Seattle took Bryant in the fourth round. Bryant — named after the late NBA star — was the cornerback who played opposite Ahmed “Sauce” Gardner, drafted No. 4 overall by the New York Jets. But it was Bryant who was honored as the best defensive back in the country last season.

“It prepared me a lot,” Bryant said. “He’s an ultimate competitor, just like I am. He had an exceptional career at Cincinnati. And he pushed me. Just because he’s younger than me doesn’t mean that I always have to be a leader.”

It could be a result of the pandemic and college players getting an extra year of eligibility, but Seattle opted for older rookies that have significant experience playing in college.

Four of Seattle’s nine picks are already 23 years old. Woolen turns 23 next Monday and Melton turns 23 later in May. Smith is 22. The only 21-year-old players drafted by Seattle were Cross and Walker.

“I think that was a result of the class,” Schneider said. “There were so many guys who came back.”