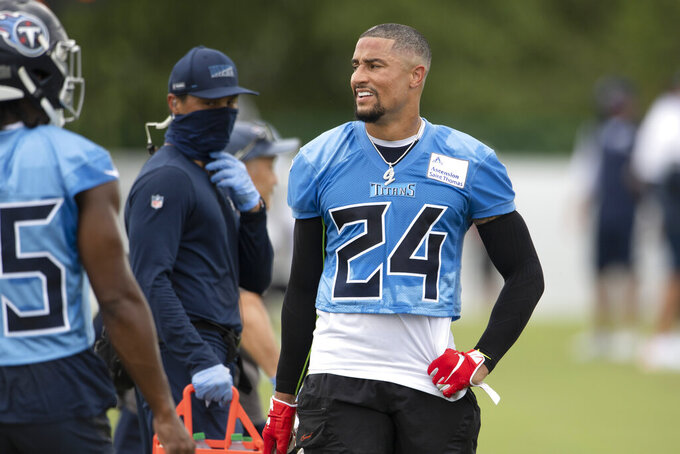 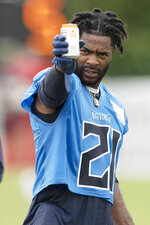 NASHVILLE, Tenn. (AP) — Malcolm Butler is so excited to be back practicing with the Tennessee Titans after a season-ending injury that the veteran cornerback is even enjoying practice.

Those hot, steamy Tennessee days that used to make him ache for an end to stop the sweating are no longer an issue. Being hurt has made him grateful for the good and the bad.

“When I got hurt, I missed those little things,” Butler said. “I miss not being perfect. I miss being out there making plays. So, you don’t want to take anything for granted. You want to cherish each and everything. Go hard each and every play because you never know when it’s your last play.”

Butler hurt his left wrist Nov. 3 in a loss to Carolina and was placed on injured reserve two days later, ending his season. He had to heal up and watch as the Titans turned around a 2-4 start by making an amazing run to the AFC championship game — the franchise's first in 17 years.

“I missed out on a whole half a season and I had to sit there and watch my team win,” Butler said. “I’m all about winning, but I want to help win, too. I’m excited. I’m just trying to stay healthy, do everything I can to be ready when the season starts. I’m excited to be back.”

The Titans need the veteran. They let Logan Ryan leave after the season as a free agent and drafted Kristian Fulton in the second round out of LSU.

“I just love his competitive nature,” coach Mike Vrabel said of Butler on Sunday. “He comes to work every day trying to improve.”

Butler says he has had to step up more, ready to help fill some of the roles Ryan handled.

Butler has 13 career interceptions, not counting his pick to seal one of his two Super Bowl victories with the Patriots. He struggled for half of his first season after signing with Tennessee as a free agent. He had two interceptions last season, including returning one for a touchdown, before his injury.

This will be a pivotal season for Butler. His base pay jumps to $11 million this season, and the Titans could get out of his five-year deal after this season with only a $4 million dead cap hit. Tennessee also drafted Fulton as Butler's potential replacement at starter.

Butler said first he has to do his job and be a leader. As someone who went undrafted out of West Alabama and now heading into his seventh NFL season, the cornerback said his advice to Fulton is be hungry.

“He’s got to want it," Butler said. "It doesn’t matter if you got drafted or not. I was on a football team with a guy drafted and I came in undrafted. They let him go and they kept me. I just tell him it all starts over when we get to the NFL. We’re just working together as a group and try and get better each and every day."

NOTES: Rookie RB Darrynton Evans, who took good care of the ball at Appalachian State, fumbled twice Sunday. Vrabel said they will work with him. Evans set the school record for most career rushes without a fumble with 482, including a single-season record 255 rushes in 2019. ... The Titans agreed to terms with OLB Jamal Davis. He was on their practice squad a few weeks last season before being signed to the active roster by Miami. He appeared in three games.