Analysis: Diversity needed at all levels of pro football 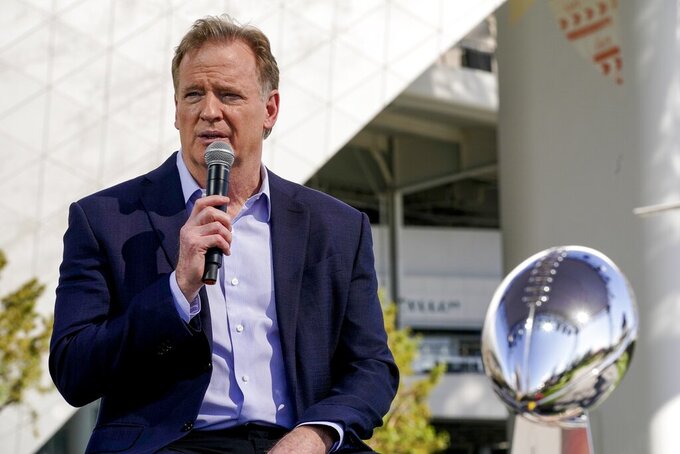 LOS ANGELES (AP) — When Warren Moon, a Pro Football Hall of Famer and one of the first Black quarterbacks to make an impact in the modern NFL, was asked about potentially having an African American own a team, he saw it as an opportunity on many levels.

Byron Allen is interested in purchasing the Denver Broncos, who recently were put up for sale by the Bowlen family.

“I wish the best for Byron and his ownership group,” Moon said. “I know there will be a ton of competition, but the more the better. The more minority ownership we will have in place, the more it will translate into more jobs in higher positions in the NFL. We’ll have to see how it all plays out.”

Thus far, diversity at most levels of the NFL has not played out well. Yes, the numbers are improving, especially in executive positions for women and people of color; there are seven Black general managers among the 32 such jobs. They also are increasing for coordinator positions, particularly the opportunities to interview for such jobs.

But for head coaches, the most visible face of a franchise, there is just one veteran who is Black, Pittsburgh's Mike Tomlin. There were three head coaches of color last season, and two were fired: David Culley by Houston and Miami's Brian Flores, who then brought a lawsuit against the league and three teams, citing discrimination.

Mike McDaniel, who is biracial, recently was hired by the Dolphins. Lovie Smith, an African American who previously coached the Bears and Buccaneers, replaced Culley. So with nine openings this winter, two went to minorities.

In a league with about 70% Black players.

“I think that’s the core of the message that we’ve been talking about here is, OK, we’re not having this success we want with head coaches,” NFL Commissioner Roger Goodell said at his annual Super Bowl news conference Wednesday. “How do we evolve that rule or do we have to have a new rule? Do we need to figure out some other way of being able to achieve that outcome? And I think we’re not going to rest until we find that and we get those kind of outcomes that I think are mandatory for us. That just has to be the way we’re going to move forward to happen inclusively.”

Jonathan Beane, the league's chief diversity and inclusion officer, says the league has been working for months on guidelines for researching and interviewing candidates, and those should be made available to teams in the spring. He emphasizes that the roster of potential hires is deep and strong.

“Our database, which Roger talked about extensively, has 5,100 profiles of candidates,” Beane said. "Virtual interviews are making it easier to reach out to them and to interview them. The pipeline is extensive.

“Yet, when we look at head coaches, clearly the results show we have not done enough.”

Smith is a rarity, a Black man who has gotten more than one shot at being a full-time head coach. Of course, he was a success in Chicago, got the Bears to a Super Bowl, where they lost to his mentor and friend Tony Dungy and the Colts. Smith was canned after going 10-6 in 2012. Ten and six!

While others not of color have received repeat opportunities — Josh McDaniels, Adam Gase, Bruce Arians, Pat Shurmur to name a few — a majority of Black former head coaches don't get that second chance. Culley and Steve Wilks with Arizona got one year.

Some believe there are issues with the interview process itself.

“If there are (incomplete) interviews, that is on the team because of the information made available to them about these candidates," Beane said. "Are they asking the right questions? What is your coaching vision? What is your leadership style? Your history as a coach? What value does diversity have? What does an inclusive culture mean to you?

“It is on the teams but it is also on the league office to ensure interviews are thorough and meaningful. When it comes to club decisions, I am wracking my brain on how we can come up with ways to improve our process to ensure that all interviews are equitable and legitimate.

“When we have incredibly strong diverse people as candidates and they are not hired, something is wrong.”

Atlanta's Arthur Blank, among the most respected team owners in the NFL, hired an African American, Terry Fontenot, as general manager in 2021. Blank understands the importance of choosing the right person to fill any job. He also recognizes the need to make that choice for the correct reasons.

“One thing you have to be careful about, a candidate never wants to be selected because of the color of their skin,” Blank told SiriusXM Radio. “They want to earn the job. You want to make sure they are capable, they feel like they are capable, they feel like they earned the job not just because they say it, but because of the evidence of their career.”