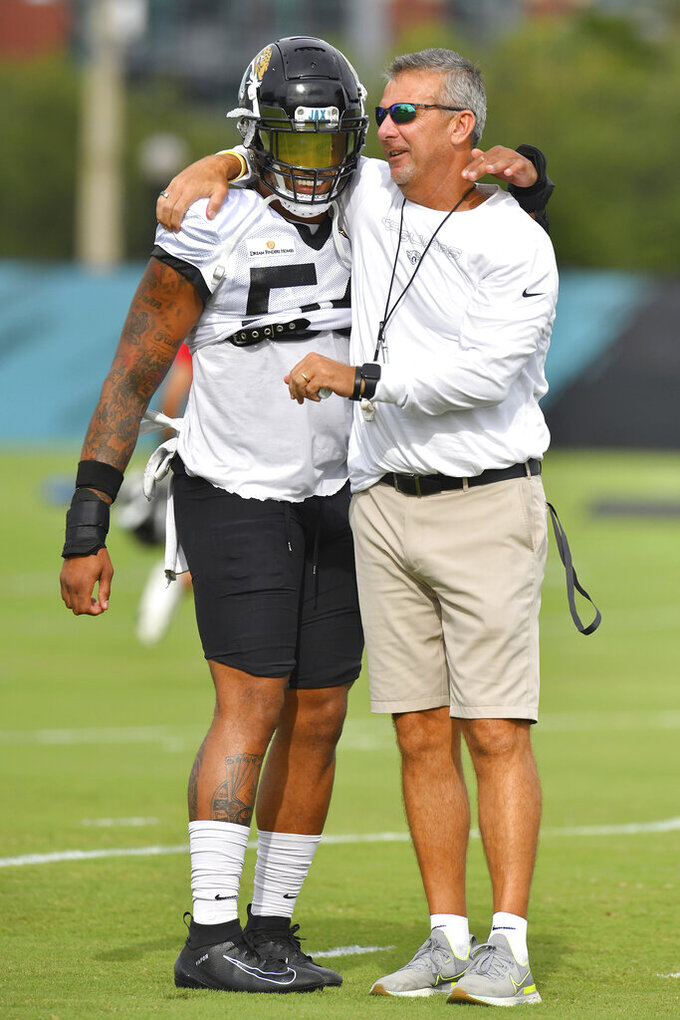 JACKSONVILLE, Fla. (AP) — The Jacksonville Jaguars have agreed to trade linebacker Joe Schobert to the Pittsburgh Steelers, according to a person familiar with the deal.

The person spoke to The Associated Press on condition of anonymity Thursday night because neither side had formally finalized the deal. Schobert confirmed the trade to ESPN, though, saying “great place to play behind that D-line." Compensation details were not immediately disclosed.

The trade makes sense for both teams and puts Schobert back in the AFC North, where he spent the first four years of his NFL career with Cleveland.

Jacksonville unloads Schobert's hefty contract and puts veteran Damien Wilson playing alongside Myles Jack in its new 3-4 scheme. The 27-year-old Schobert signed a five-year, $53.7 million contract that included $21.5 million guaranteed in March 2020. He was signed to play middle linebacker in a 4-3 defense and will count $7.3 million against Pittsburgh's salary cap in 2021.

Schobert had 141 tackles, three interceptions and 2 1/2 sacks in his lone season in Jacksonville.

The 28-year-old Wilson, who signed a one-year, $2 million contract with the Jaguars in free agency, spent the last two seasons with Kansas City following a four-year stint in Dallas.

Schobert and Wilson had been splitting first-team repetitions at the position in training camp.

The Steelers needed depth at inside linebacker following the surprise retirement of veteran Vince Williams just before training camp. Williams' departure left Pittsburgh with Devin Bush and Robert Spillane as starting inside linebackers and little experience behind them.

Jacksonville's new regime — coach Urban Meyer and general manager Trent Baalke — might not be done cleaning house from the previous staff. No one would be surprised to see quarterback Gardner Minshew, cornerback CJ Henderson, receiver Collin Johnson or defensive tackle Taven Bryan shipped out of Jacksonville before the opener.