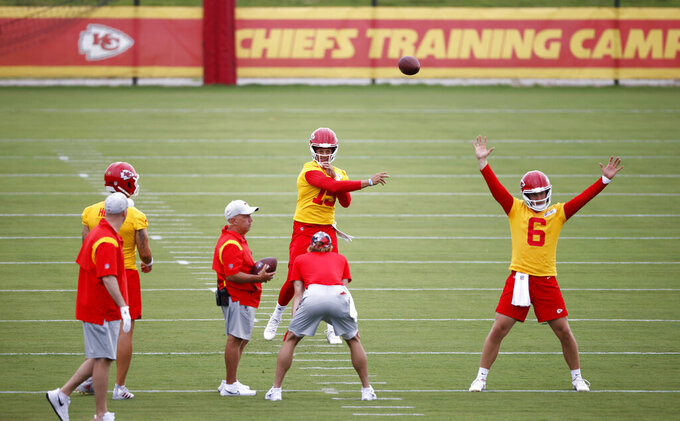 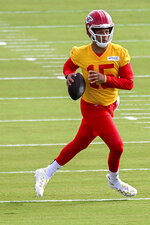 If it's up to the current chairman, the club will be there long into the future.

During his annual trip to training camp, Clark Hunt said Friday that the preference of the Chiefs is to renovate the aging facility east of downtown Kansas City rather than build a new stadium. But that will depend on a number of studies that are examining the structural integrity of a building celebrating its opening 50 years ago this season.

The Chiefs have shared the Truman Sports Complex with the Kansas City Royals since the early 1970s, and each of their facilities has gone through extensive renovations financed in part by Jackson County taxpayers. But under the new ownership of John Sherman, the Royals appear to be leaning toward leaving the expanse of concrete parking lots for a downtown site near public transportation and restaurants, shopping and entertainment options.

Their stadium leases last through the 2030-31 seasons, and that means both will need to determine their next step in the next two years. That would give them enough time to secure financing along with formulating plans and construction.

Arrowhead already is due to have minor renovations beginning in 2025 for the World Cup the following year. While some of those figure to be cosmetic upgrades, the majority have to do with seating arrangements in the corners of the stadium, where more space will be needed to fit an international soccer pitch.

In a perfect world, Hunt said, those would be the start of long-term renovations for the third-oldest NFL stadium in use.

“We're very hopeful we'll be able to renovate Arrowhead Stadium when the time comes,” he said, “but we're probably still a year-plus from being able to make that determination. What I've learned through the process is it's not a very simple answer when you're trying to determine whether a building can go another 25 or 30 years starting eight years from now.”

The future of Arrowhead will be determined just as the Chicago Bears decide whether to leave Soldier Field, which opened in 1924 and is the league's oldest stadium. The franchise signed a purchase agreement last year for the 326-acre site of the old Arlington Park horse racing track, which is about 30 miles northwest of their current stadium, leaving officials in Chicago to explore plans to enclose Soldier Field in a bid to keep the team near the lakefront.

Among the attraction for the Bears, whose lease of Soldier Field runs through 2033, in moving to a new stadium is the ability to own all the revenue it produces, along with potential income from other commercial development.

By contrast, Soldier Field is owned by the Chicago Park District, which limits the financial upside for the franchise.

The only other stadium older than Arrowhead is Lambeau Field, where the Green Bay Packers have played since 1957.

That doesn't appear to be an issue for Hunt, whose family has owned the franchise since Lamar Hunt founded it in 1959 and moved from Dallas to Kansas City in 1963. They cherish the history of Arrowhead along with its setting, which may lack for public transportation but makes up for with vast parking lots for some of the league's best tailgating.

That evidently outweighs whatever revenue that could come with a new stadium on property owned by the Chiefs.

“We're being very methodical (with planning),” Hunt said. “We want to get to the right answer because it's very important.”

NOTES: DE Carlos Dunlap, who signed a one-year deal Thursday, will not arrive until next Wednesday because of some personal matters he is wrapping up. “He's been around. He knows what he's looking for,” Chiefs coach Andy Reid said. “He liked what he saw and we liked what we saw and we signed him up.” ... FS Justin Reid participated fully in practice after getting shaken up Thursday. ... The Chiefs practice again Saturday before getting the day off Sunday. Their first padded practice of training camp is scheduled for Monday.