Column: NFL virus scare a reminder that nothing is certain 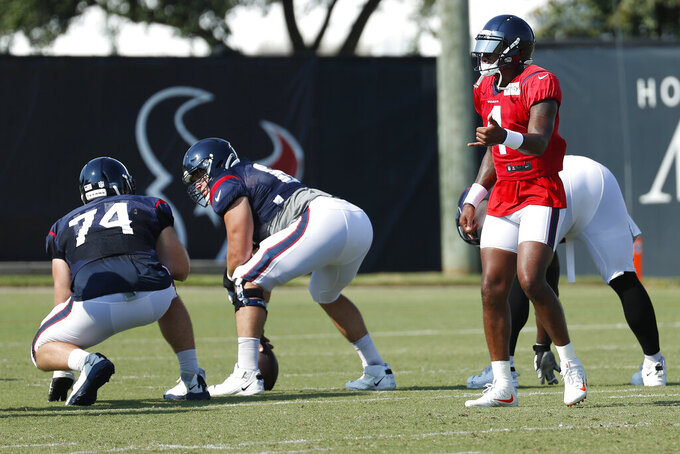 Up until this weekend, the biggest news out of NFL training camps was that there hadn’t been any big news.

No wave of star players testing positive for COVID-19. No mass outbreaks of the virus discovered despite tens of thousands of tests.

That changed — if only for a few hours — with a flurry of positive tests that forced NFL teams into scramble mode. It seemed, if only briefly, that even the best laid plans to get an NFL season underway were going to be sunk by a virus that refuses to be tamed.

That could still happen. There are those who think it’s likely that eventually it will happen.

But for now, the NFL seems to have escaped largely unscathed. Nothing is ever certain in the COVID-19 era, but the evidence points to lab issues for 77 positive tests Saturday spread among 11 teams that apparently were false.

Time to take a deep breath and relax.

If nothing else, the tests that caused teams to postpone and cancel practices are a wake-up call for anyone lured into complacency by the relative quiet of training camps around the country. They’re a reminder that the virus can create havoc at any time, even if this turned out not to be one of those times.

The fact they happened on a weekend less than three weeks before the start of the season shouldn’t be lost on anyone. It was relatively easy for teams to reschedule practices, but it doesn’t take much to imagine what might happen had there been a rash of positive tests around the league on a Saturday in the regular season.

“It’s better that this happened now than three weeks from now,” said Buffalo general manager Brandon Beane. “But it seems like every few weeks, or even every week, something’s going on. Who knows what the next curveball will be.”

There are simply too many things that might — or might not — happen. Too many possibilities that things might go south in a league trying to play outside a bubble environment.

The NFL is rolling the dice, following baseball in a desperate attempt to get a season in. The league is doing it by employing tremendous testing resources — including daily testing for every player — and with plans for every contingency it thinks might come up.

But there’s only so much you can do if Tom Brady tests positive the day before Tampa Bay opens on the road in New Orleans. Only so many plans you can make for the offensive line of the Chiefs coming down with the virus the week they open defense of their Super Bowl title in Kansas City.

And how do you play if 12 members of the Minnesota Vikings, 10 players from the New York Jets and nine players on the Chicago Bears all test positive like they did Saturday — and they don’t turn out to be false positives?

The NFL already has adjusted its testing protocols in the wake of Lions quarterback Matthew Stafford having what the team said was a false positive test earlier this month. Players that test negative twice in the immediate aftermath of a first positive test and have no known source of infection can now return to practice and play.

Before the wave of suspect tests the NFL was doing surprisingly well dealing with the virus in training camp. There were no known large outbreaks on any team, and the early testing results showed a positive rate of less than 1% for players.

Indeed, the news has largely been good on the virus front for the league, even if the first practices by the Las Vegas Raiders and Los Angeles Rams inside their sparkling new stadiums in the last few days were a stark reminder that if the season is played it will be played largely before empty seats.

More proof, if anyone needs it by now, that the virus is unpredictable and can pop up anywhere.

And the only sure thing is that this will be a season like no other.